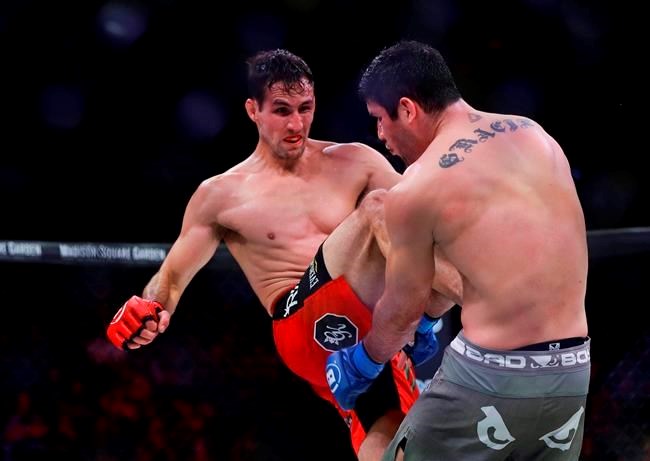 MacDonald, a former UFC title contender and Bellator champion, signed with PFL in December 2019 but had to sit out last year as the promotion cancelled its season.

The 32-year-old Michaud (18-6-0) lost to Ray Cooper III last time out in the final of the 2019 PFL welterweight season. He had won seven of eight fights before that.

Cooper fights in the PFL co-main event April 29 against France's Jason Ponet. The PFL said the location for the card will be announced next week.

The Professional Fighters League, formerly known as the World Series of Fighting, works on a set schedule unlike other MMA promotions.

The 2021 campaign, featuring six weight classes, starts with PFL 1 on April 23, with each fighter having two bouts during the promotion's "regular season.'' The first half of the schedule takes place April 23, 29 and May 6 with the second half set for June 10, 17 and 25.

Fighters earn performance-based points, with three points for a win, plus bonus points for knockouts and submissions. They are seeded in standings for their weight class based on their point totals.

The top eight in each division advance to the single-elimination playoffs in October, where fighters must fight twice and win twice in the same night to advance to the finals. The 2021 PFL World Championship is slated for New Year's Eve with the winners each earning US$1 million for being crowned PFL champions.

This report by The Canadian Press was first published March 2, 2021