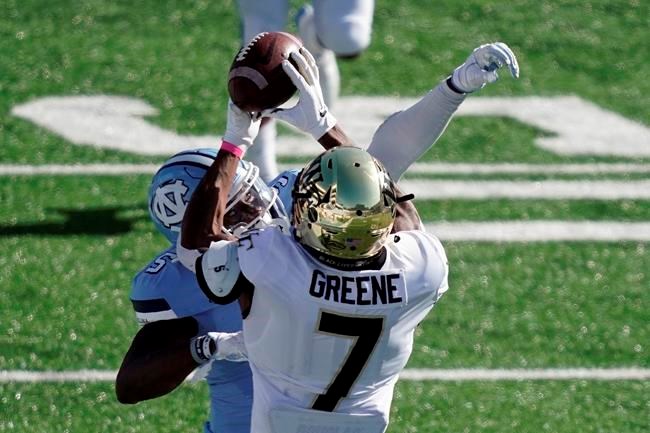 Five years ago, the Ottawa cornerback seriously considered attending Rutgers before ultimately enrolling at North Carolina. This off-season, Rene entered the transfer portal and despite drawing interest from Oklahoma, Texas Tech and Auburn, he has opted to spend his final year of college eligibility at Rutgers.

"I was actually leaning towards Oklahoma the hardest . . . I was ready to pull the trigger on it," Rene told Canadian reporters during a recent videoconference. "But then I actually ended up having a phone call with coach Fraser (linebackers coach Bob Fraser) and coach Schiano (head coach Greg Schiano) and I was on the phone with them for two hours just talking.

"After that conversation I was like, 'Man, I've got to go to Rutgers. This is where I belong.'"

Rene said Fraser also tried to recruit him to Rutgers five years ago. Rene, who was born in Haiti but grew up in Ottawa, played 44 games with the Tar Heels, registering 103 total tackles (four for a loss), two interceptions, a forced fumble, and fumble recovery.

The move to New Jersey also works for Rene's family. He has a grandmother living in Brooklyn, N.Y., and the campus is about a seven-hour drive from the Canadian capital, making it easier for his parents to make his games.

Rene suffered a season-ending knee injury two games into the '19 season, and received a medical redshirt exemption from the NCAA. But he did return to play last year.

"Adversity is something I've always been taught since a young age by my parents, and dad especially, that it will come, " he said. "It's how I react and respond to it.

"I realized there were two ways I could handle this situation: I could feel sorry for myself or I could attack it. I love to work, I love the process, I love to grind and I love the game of football and I was like, 'I won't let this be the end of my story.'"

Rene is taking a calculated gamble. One reason he decided to remain in school was to try and boost his NFL draft stock. He will attempt to do so while also becoming acclimated with a new program.

"At the end of the day it is a gamble," he said. "You're going to a different environment and nothing is given to you, you have to earn everything.

"I have to earn my stripes and earn the respect of my teammates and coaches. At the end of the day I'm confident in myself and my abilities and what I can do."

Rene is eager to prove he's completely recovered from his horrific knee injury.

"The first season back is always trying to get your feet wet and back into the groove, especially at the corner position," he said. "I feel great, I'm moving a lot faster than I was before . . . I feel amazing."

Rene will also assume a mentor's role at Rutgers as Rene Konga and Wesley Bailey, both defensive linemen from Ottawa, are freshmen on the squad. Rene and Bailey are currently roommates.

While Rene has grown up preparing for an NFL career, he's not against playing in the CFL. Although he'll be returning to school, he'll be eligible for the 2021 CFL draft and was listed at No. 13 on the central scouting bureau's list of the top-20 draft prospects.

Growing up, Rene played mostly soccer but remembers getting hooked on football at an early age despite a rather inauspicious introduction to the game. At his first practice, Rene lined up as the defensive player in the Oklahoma drill, which requires the defender to shed the block of an offensive lineman, then tackle the ball carrier.

"When I tell you I got ran over so hard, I got ran over," he said with a chuckle. "I got up and was like, 'Whoa, I'm never going to let this happen again to me.

"I was like, 'Strap it up, let's do it again.' And from that point I just fell in love with the game just being out there with my friends, hitting each other and having fun. I've never looked back since that point."