At 79, Bob Sayer has more than a few stories about Canadian soccer. A favourite dates back to 1982 when he and Tony Waiters broke into a stadium in the Azores to settle a bet.
Dec 15, 2020 12:03 PM By: Canadian Press 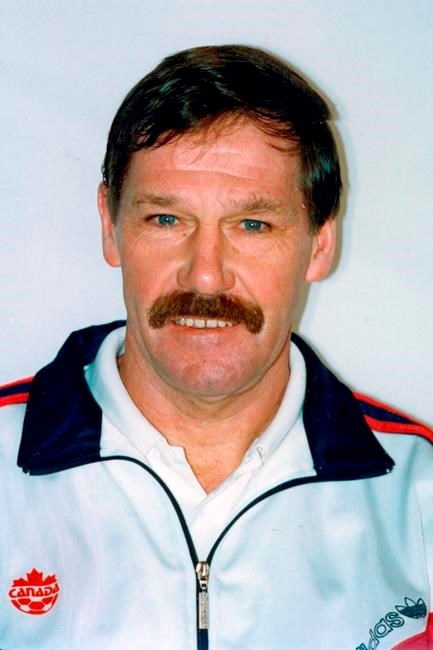 At 79, Bob Sayer has more than a few stories about Canadian soccer.

A favourite dates back to 1982 when he and Tony Waiters broke into a stadium in the Azores to settle a bet.

The Canadian Olympic team, with Waiters as coach and Sayer as head of delegation, had been invited to Portugal for the opening of a new national stadium after playing a game in Wales.

Waiters had ended practice by stationing a low bench on the sideline, asking his players to hit it with the ball from about 30 yards out. At dinner that night, Sayer made the mistake of suggesting even he could do it.

"(Waiters) stood up and said 'Guys, Bob has challenged us. I'm taking bets that he cannot hit the bench 15 times out of 20.'"

Taxis were summoned for the trip to the stadium, which to Sayer's relief was closed. Waiters was undeterred, however.

"I'm thinking I can see the headlines now — 'head of delegation, national team coach arrested,'" Sayer recalled. "So to cut a long story short, we climbed over the walls, broke into the national stadium and I hit 14 out of 15 of the shots.

"Tony was an interesting guy. A character."

Thirty-eight years later, Canada Soccer is honouring both men — the late Waiters with a coaching award in his name and Sayer, a former Canada Soccer vice-president, with induction into the Canada Soccer Hall of Fame.

The Tony Waiters Coaching Excellence Award recognizes contributions to coaching in Canada for a minimum of 20 years. Waiters, who guided the Canadian men to both the 1984 Olympic Games and 1986 World Cup, died in November at the age of 83.

Waiters, who was inducted into the Hall of Fame in 2001, was "a monumental figure in Canadian soccer," said Canada Soccer president Nick Bontis.

“Mr. Waiters played an important role both as a coach of our national teams as well as an instructor and coach educator," Bontis said in a statement. "He had an incredible influence on our game, our players and our coaches.”

The first recipient of the new award will be announced in 2021 at Canada Soccer's annual meeting in Saint John, N.B.

Sayer joins previously announced player inductees Karina LeBlanc and Brittany Timko Baxter in the Hall of Fame Class of 2020. Sayer, a Canada Soccer Life Member who served as vice-president from 1986 to 1992, will be inducted into the builders section at the 2021 Canada Soccer awards banquet as part of the organization's annual meeting.

"I'm thrilled," Sayer said in an interview. "It makes all those years of going to meetings and moving motions, organizing leagues, challenging orthodox thinking — my wife wondering where I am half the time."

Bontis called the native of Lunenburg, N.S., "an important early champion" who promoted women’s soccer and the creation of the national women's team in the 1980s.

“Bob Sayer helped guide our vision for women’s soccer in Canada and part of his legacy has been the success of players like Karina LeBlanc and Brittany Timko Baxter, from winning a bronze medal at the London 2012 Olympic Games to each representing their country more than 100 times,” he added.

Sayer left England for Canada at the age of 28, taking up a teaching position in Lockeport, N.S. Offered the chance to coach both the boys and girls teams, It was there that his passion for women's soccer began.

"I was converted by the girls (there) … I was thrilled by their attitude, by their commitment, their love of the game, their ethic to work." he said.

Sayer went on to become co-chair at Canada Soccer’s national conference for women’s soccer that led to the adoption of policies for the Women's national championship (Jubilee Trophy), the women’s national team and programs for the development of women’s coaches and referees.

The team was made up of 16 top performers at a Winnipeg tournament. Sayer was head of delegation for its international matches against the U.S. that year in Minneapolis.

"I'd no idea then what a thrilling ride that was going to be — Olympic fame, World Cup fame," he said. "One of my slogans is 'If you don't dare, things don't happen.' and we dared on a shoestring budget."

He also travelled with Canada to the 1986 World Cup, 1987 World Youth Championship in Chile and the first CONCACAF Gold Cup in 1991.

He and president Fred Stambrook were part of Canada Soccer’s delegation at the FIFA Congress that approved the launch of the FIFA Women’s World Cup. He recalls Stambrook standing up at the meeting to speak out successfully against a technical committee suggestion that the women play 30-minute halves and use a smaller ball.

"Canada had influence right from the beginning," Sayer said proudly.

He served as president of Soccer Nova Scotia from 1981 to 1984 and was the founding chair of the Nova Scotia Professional Soccer Society which established the Nova Scotia Clippers as an expansion franchise in the Canadian Soccer League in 1991.

Waiters was a recipient of the Aubrey Sanford Meritorious Service Award in 1996 and named a Canada Soccer Life Member in 2019.

The English-born B.C. resident served as Canada men's and Olympic coach for more than six years in two stints from December 1982 to February 1992 and until May 1992 as the Olympic/under-23 coach.

This report by The Canadian Press was first published Dec. 15, 2020