MONTREAL — Ten Canadian short-track speed skaters will compete for the first time this season at the world championship next month.
Feb 23, 2021 8:45 AM By: Canadian Press 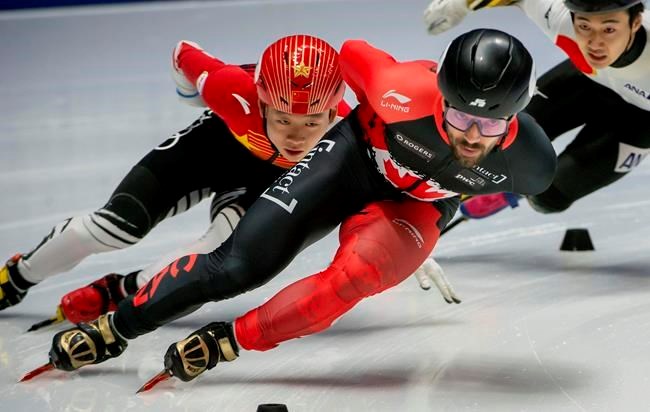 MONTREAL — Ten Canadian short-track speed skaters will compete for the first time this season at the world championship next month.

The races in Dordrecht, the Netherlands March 5-7 will mark Canada's first competition since the COVID-19 pandemic brought competition to a halt last March.

All six World Cups, including those scheduled for Montreal in Laval, Que., in November 2020, were cancelled.

Charles Hamelin leads the way for Canada, competing in the world championship for the 17th time. He has reached the overall podium seven times at the worlds and has a total of 36 medals.

Steven Dubois, Courtney Sarault and Alyson Charles will each compete at their second worlds.

Three-time Olympic medallist Kim Boutin has opted not to compete.

“I feel really excited and blessed to get the chance to finally skate again," Sarault said in a statement. "We faced a lot of challenges this year, so it will be interesting to see how our year of just training and no competitions pays off."

This report by The Canadian Press was first published Feb. 23, 2021.