OTTAWA — As Mounties move forward to outfit officers with body-worn cameras, the parliamentary budget officer estimates it will cost $131 million over five years.
Feb 4, 2021 8:58 AM By: Canadian Press 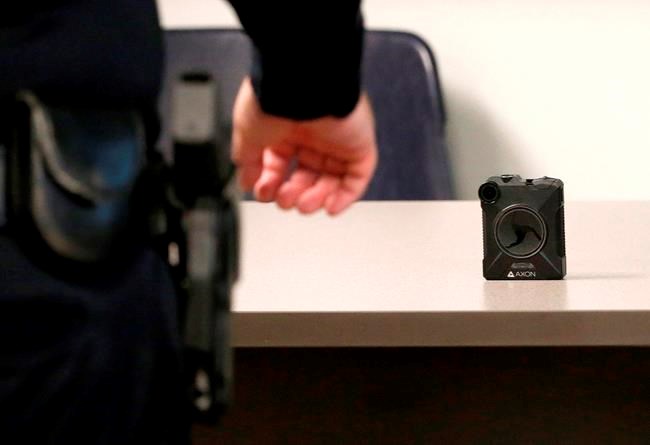 OTTAWA — As Mounties move forward to outfit officers with body-worn cameras, the parliamentary budget officer estimates it will cost $131 million over five years.

A costing note Thursday said the RCMP is expected to purchase 12,500 camera subscriptions for use across the country at 700 detachments.

There were calls for officers to wear the technology during global demonstrations last year demanding more police accountability.

Prime Minister Justin Trudeau voiced his support for body cameras in June when the RCMP was facing criticism for a video from a bystander showing an officer in Nunavut using a truck door to knock a man over. An investigation by the Ottawa Police Service determined the arrest was lawful.

There was also backlash at the time after a separate video showed Athabasca Chipewyan First Nation Chief Allan Adam in a physical confrontation with RCMP officers in Fort McMurray, Alta.

It is expected to start in May and is to have a phased national rollout. The price tag for the camera and digital evidence management system was based on data from the Toronto Police Service.

The costing note said expenses could be higher in rural and remote detachments.

Some experts have said there isn't enough evidence that the cameras result in improved policing. Studies in Canada and around the world have shown inconsistent results that cameras reduce violence.

An aggregate report in the Criminology and Public Policy journal published in 2019 looked at 70 other studies into body-worn cameras and found the technology had statistically insignificant effects on police and citizen behaviour.

Many police forces began pilot projects since 2010, but most abandoned them. They cited costs for the devices and to store the data. Calgary is the only large Canadian police force to have adopted the technology for front-line officers.

A body camera pilot project began last year for RCMP officers serving in Iqaluit. The goal of the project is to evaluate best practices with existing technology in remote regions and to get feedback from the community.

The union representing Mounties said earlier this month that officers have concerns about an increased workload associated with large amounts of video footage and about issues around privacy.

The National Police Federation said it supports cameras as a way to improve transparency.

"We believe that body-worn cameras will contribute to a greater level of context, transparency and accountability for both police and citizens," Brian Sauvé, the union's president, said in a news release.

This report by The Canadian Press was first published Feb. 4, 2021.

— By Kelly Geraldine Malone in Winnipeg

Demond inquiry: psychiatrist says Desmond was eager to improve his life and marriage
Mar 2, 2021 9:15 AM
Comments