Quebec vaccine committee results and 7-Eleven alcohol plans: In The News for Feb. 18

In The News is a roundup of stories from The Canadian Press designed to kickstart your day. Here is what's on the radar of our editors for the morning of Feb. 18... What we are watching in Canada ...
Feb 18, 2021 1:15 AM By: Canadian Press 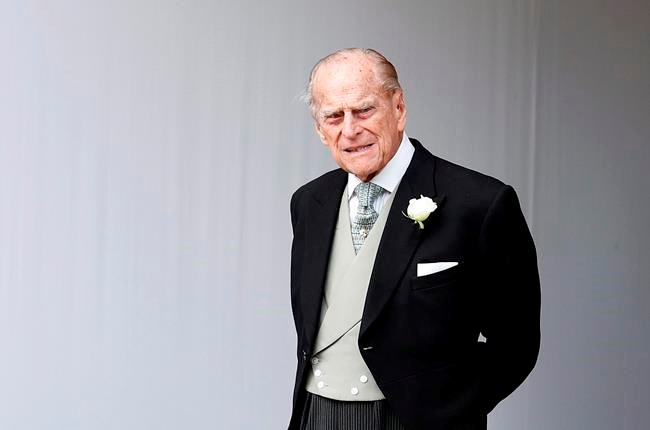 In The News is a roundup of stories from The Canadian Press designed to kickstart your day. Here is what's on the radar of our editors for the morning of Feb. 18...

A Montreal gerontologist says the decline of new COVID-19 infections in the province's long-term care homes may be an early sign Quebec's vaccination strategy is working.

But Dr. Sophie Zhang, who oversees 15 long-term care centres in Montreal, says other factors are also likely contributing to the decline.

The number of active reported cases in the network has dropped significantly, from 840 on Jan. 16 to 85 a month later.

Quebec vaccinated all long-term care residents with one dose by late January, part of a plan that focused on giving one of two required doses to as many people as possible. The province has said it is on track to deliver a second dose within 90 days of the first one.

Members of the committee that developed Quebec's vaccination plan are scheduled to speak about its preliminary results later today.

Chris Herd will be in his Edmonton living room today -- but his heart will be on Mars.

The University of Alberta planetary geologist is one of a select team of scientists working with NASA on the Perseverance Rover.

It's a probe designed to bring back rocks from the red planet that could reveal signs of life.

Herd says he'll be watching what he hopes will be successful touchdown on the Jezero Crater, a feature chosen because it's thought to be an ancient lake bed.

The rover has 23 cameras to record everything about the landscape, as well as an on-board laser that can vaporize rocks and analyze their makeup.

It will be able to detect organic matter in the rocks and will carry ground-penetrating radar.

The distance to Mars is roughly 204 million kilometres.

Herd says that's about the size of the scale needed to measure his excitement.

Residents, some of whom lack heat or basic amenities in their own homes due to the unusually chilly weather, have been rescuing cold-stunned sea turtles and taking them to a convention centre in a South Texas resort town.

“Every 15 minutes or less there’s another truck or SUV that pulls up," Ed Caum, executive director of the South Padre Island Convention and Visitors Bureau, told The Associated Press on Wednesday.

He said sometimes people bring one or two sea turtles, sometimes more. “We had trailers full yesterday coming in that had 80, 100, 50,” he said.

The South Padre Island Convention Center started pitching in Monday when its neighbour, Sea Turtle Inc., could no longer handle the number of sea turtles being dropped off, and their mostly outdoor operation had lost power. He said the convention centre itself didn't have power or water till early Wednesday morning.

He says they've “collected” more than 3,500 sea turtles so far. He said he hesitates to use the word rescued because “we know we're going to lose some.”

Caum said that with another cold front approaching, they don't know when they'll be able to return the sea turtles to the water.

The palace said the husband of Queen Elizabeth II was admitted to the private King Edward VII Hospital on Tuesday evening.

It called the admission “a precautionary measure” taken on the advice of Philip's doctor. The palace said he is expected to remain for a few days of “observation and rest.”

His illness is not related to COVID-19. The queen and Philip were vaccinated against the coronavirus in early January.

Philip, also known as the Duke of Edinburgh, retired from public duties in 2017 and rarely appears in public.

During England's current coronavirus lockdown, he has been staying at Windsor Castle, west of London, with the queen.

Philip married the then-Princess Elizabeth in 1947 and is the longest-serving royal consort in British history. He and the queen have four children, eight grandchildren and nine great-grandchildren.

A former naval officer and keen polo player, Philip enjoyed robust health well into old age but has had a number of health issues in recent years.

In 2011, he was rushed to a hospital by helicopter after suffering chest pains and treated for a blocked coronary artery. In 2017, he spent two nights in the King Edward VII hospital and was hospitalized for 10 days in 2018 for a hip replacement.

Philip was last hospitalized in December 2019, spending four nights in the King Edward VII Hospital for what the palace said was planned treatment of a pre-existing condition.

He was forced to give up driving at the age of 97, after smashing into a car while driving a Land Rover near Sandringham estate in January 2019. Philip needed help to get out of the Land Rover but wasn’t injured. A woman in the other vehicle suffered a broken wrist.

Sears said its Eatons stores would be closed or converted to Sears outlets, spelling the end of the 133-year-old Eatons brand.

Historica Canada released the newest clip, timed for Black History Month, in its ongoing series that highlights influential figures from across the country.

The minute-long video chronicles the seven-time Grammy winner's rise from a working-class Montreal family to becoming a world-renowned piano virtuoso.

It touches on his encounters with greatness, such as being dubbed “the man with four hands,” and acknowledges the racism he faced at jazz gigs in the 1940s.

Both the English and French versions of the Heritage Minute feature end narration by Black Canadian pianists. Oliver Jones appears in the English version while Gregory Charles handles the French.

7-Eleven's plans to serve alcohol in Ontario may be hard for convenience store patrons to envision.

But it is actually a new take on an old format, says James Rilett, vice president of Central Canada for industry group Restaurants Canada.

7-Eleven Canada is awaiting approval for 61 liquor sales licences that would allow in-store service of beer and wine. If approved, 7-Eleven Canada says trained servers would offer the alcoholic beverages during limited hours in designated consumption areas of the shops.

The convenience store chain has not yet revealed what that would look like — for instance, whether there would be a seating area, wait staff or a bar separate from the register counter.

Since the convenience store chain is not primarily a restaurant, regulations don't allow the chain to compete with restaurants by offering takeout alcohol sales, Rilett says.

This report by The Canadian Press was first published Feb. 18, 2021