MONTREAL — Quebec's public security minister announced an investigation Tuesday to determine why a Montreal man was wrongfully arrested, charged and detained for almost a week in connection with an attack on a city police officer.
Feb 9, 2021 12:54 PM By: Canadian Press 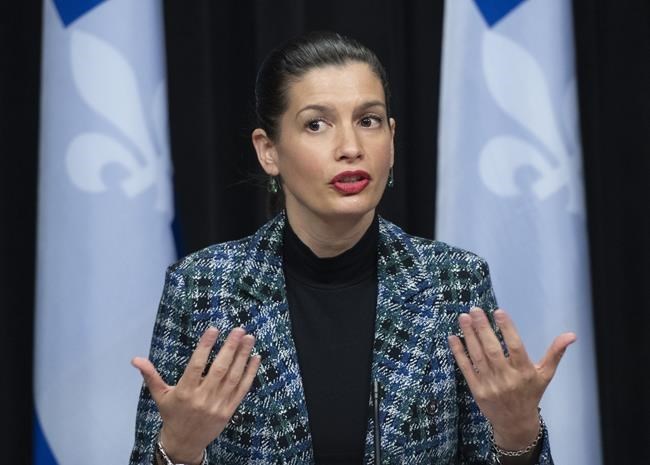 MONTREAL — Quebec's public security minister announced an investigation Tuesday to determine why a Montreal man was wrongfully arrested, charged and detained for almost a week in connection with an attack on a city police officer.

Superior Court Justice Louis Dionne will lead the probe into whether Montreal police acted properly in the case of Mamadi III Fara Camara, Genevieve Guilbault said in a statement.

Camara was arrested Jan. 28 after a police officer was allegedly disarmed and attacked following a traffic stop in Montreal's Parc Extension borough.

Guilbault said Dionne will be asked to "validate the relevance of the actions taken by the police officers according to the legal framework and recognized practices in the matter," adding that Dionne will make recommendations on how to avoid a similar situation.

"As minister of public security, my first concern is to prevent innocent people from finding themselves in situations similar to that experienced by Mr. Camara," she said.

"It's about the confidence of our citizens in our police and judicial institutions."

She said Dionne's investigation will begin Feb. 22 and last a maximum of five months.

Speaking at a news conference, Premier Francois Legault said Quebecers have many legitimate questions about what happened, adding that Dionne will try and determine whether racism played a part in the treatment of Camara, who is Black.

"I think that Mr. Dionne will be able to answer this question, about the motivation, about why it happened this way, if it would be the same it if was a white person," Legault said.

"We need to have these answers."

The Crown prosecutor's office, responsible for initially laying charges against Camara, said in a news release it will offer its "full collaboration" to the investigation. The Directeur des poursuites criminelles et penales said a separate, independent investigation will study the legal decisions taken in the case, adding that it had asked Quebec's justice minister to name Dionne to lead that review.