HALIFAX — As the Nova Scotia RCMP used a helicopter Friday to search for five fishermen whose scallop dragger sank in the Bay of Fundy this week, the mayor of a major fishing port said many residents are still in a state of shock.
Dec 18, 2020 3:17 PM By: Canadian Press 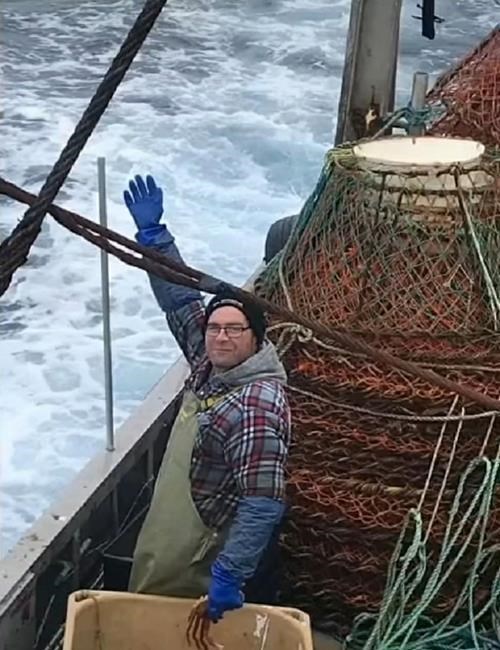 HALIFAX — As the Nova Scotia RCMP used a helicopter Friday to search for five fishermen whose scallop dragger sank in the Bay of Fundy this week, the mayor of a major fishing port said many residents are still in a state of shock.

The body of one fisherman was found Tuesday night, but the boat and the other crew members and captain have yet to be found.

"It's very, very raw. We are almost getting used to the fact that just when we get used to standing back up, we get punched in the face again."

Mood said three of the six men aboard the 15-metre Chief William Saulis, which sank near Delaps Cove, N.S., on Tuesday, were originally from the Yarmouth area.

As well, she said residents are reminded at this time of year about another disturbing loss of life that marred Christmas celebrations two years ago. On Nov. 24, 2018, a four-year-old girl died after she fell under a float during Yarmouth's annual Christmas Parade of Lights.

"Christmas is a raw time for all of us," Mood said Thursday.

"What is most important for this community right now is to understand that this is not the time to bounce back. We're not there yet. We need to grieve. We need to cry. We need to be angry, hurt, feel the pain — all those things."

Mood said she has asked a grief recovery specialist to work with the victims' families.

Drake's younger sister, Raelene Carroll, said it was her brother whose body was recovered Tuesday. Drake, 48, was from Fortune, N.L., on the province's Burin Peninsula, and Carroll is now in the process of having his body sent home from Nova Scotia.

She said Drake was a quiet, kind man, and a generous one, known for offering anything he could — including, supplies and food and his time — to others in his community.

She said her brother spent a large part of his life working on fishing boats. “The salt water was in his blood,” Carroll said in a phone interview. His love of the ocean has helped her find solace in his death, she added, because he died doing what he loved.

Carroll said she shared a call with her brother the night before he left port on the Chief William Saulis and, like always, they signed off with “I love yous.” She said she's grateful they shared those last words.

In Nova Scotia, a ground search of the bay's southern shoreline was kept on hold Friday because the weather conditions were still poor after a snowstorm descended on the region Thursday.

Industry officials say the 56-tonne boat is believed to have capsized in three-metre waves as it was heading to its home port in Digby, N.S., which is renowned for its scallops.

The experienced crew did not issue a mayday distress call via VHF radio before the boat foundered. The Joint Rescue Co-ordination Centre in Halifax was alerted to a problem Tuesday at 5:50 a.m. when it received a signal from the boat's Emergency Positioning Indicating Radio Beacon, a device that is automatically triggered when submerged.

Matthew Duffy, a safety adviser with the Fisheries Safety Association of Nova Scotia, said scallop fishing comes with its own specific dangers.

The typical scallop dragger uses a type of dredge that is pulled along the ocean floor to scoop up the saltwater mollusks, which can cause stability challenges.

Duffy, however, said the majority of the boats in Nova Scotia's scallop fishing fleet are built to withstand the worst weather.

"With most fishing vessels . . . the goal is usually to over-engineer so that it's stronger than it even really needs to be," he said.

"Scallop dragging has been done for such a long time that I think they've really fine-tuned the methodology behind it."

This report by The Canadian Press was first published Dec. 18, 2020