N.L.'s election is safe and U.A.E. spacecraft in Mars orbit: In The News for Feb. 10

In The News is a roundup of stories from The Canadian Press designed to kickstart your day. Here is what's on the radar of our editors for the morning of Feb. 10 ... What we are watching in Canada ...
Feb 10, 2021 1:15 AM By: Canadian Press 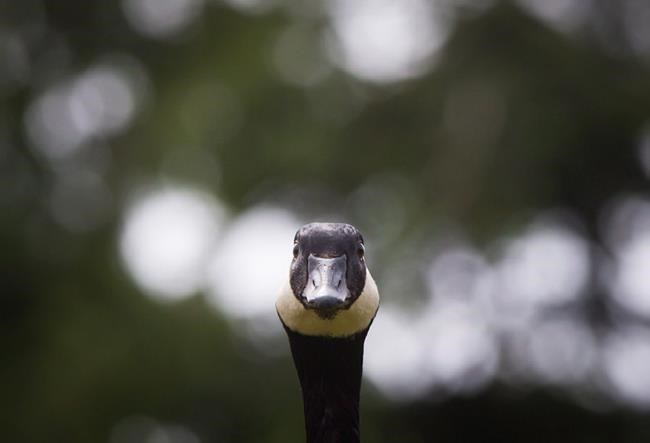 In The News is a roundup of stories from The Canadian Press designed to kickstart your day. Here is what's on the radar of our editors for the morning of Feb. 10 ...

A Montreal cardiologist with a background in epidemiology says even with community spread of COVID-19 in St. John's, Newfoundland and Labrador can have a safe election on Saturday.

McGill University professor Dr. Christopher Labos says it's not the election itself that's a concern but the possibility of people gathering in large numbers.

Labos said Tuesday if venues are ventilated and if voters are masked and keep their distance from one another, then everything should be fine.

Newfoundlanders and Labradorians will be heading to the polls days after health officials confirmed community spread of COVID-19 in the capital's metro region.

Chief medical officer of health Dr. Janice Fitzgerald said Tuesday that going to a polling station where safety protocols are followed is no riskier than visiting a grocery store.---

A judge is to hear arguments this week over whether Alberta's public inquiry into the purported foreign funding of environmental charities is a valid defence of the province's ailing oil industry or an attempt to silence dissent.

Court of Queen's Bench Justice Karen Horner is to hear a challenge from environmental law charity Ecojustice on Thursday and Friday. The hearing's initial April date was delayed because of the COVID-19 pandemic.

"I can't recall an issue that has prompted so much public interest in recent times for an Ecojustice case, and overwhelming support," said executive director Devon Page.

The inquiry was one plank in a "fight-back" strategy touted by the United Conservatives on the 2019 election campaign trail.

Forensic accountant Steve Allan was tapped that summer to be commissioner with an initial $2.5-million budget and July 2020 deadline. Allan's report is expected on May 31 after three extensions and a $1-million budget increase.

Page called the inquiry a "political stunt that's not based in reality" and wants it shut down. ---

Former President Donald Trump fumed that his attorneys’ performance on the opening day of his second impeachment trial was a disaster, as allies and Republican senators questioned the strategy and some called for yet another shakeup to his legal team.

Trump, who was watching the proceedings in Washington from his Mar-a-Lago club in Palm Beach, Florida, was furious at what he saw, according to a person familiar with his thinking. Senators, too, criticized what they described as an unfocused and rambling performance as Trump's team and Democratic House managers began to lay out their cases in front of the Senate jury.

While it remains unlikely that more than a handful of Republicans will join Democrats in convicting the former president at the end of the trial, the proceedings were a chance for Trump to try to repair some of the damage to his legacy incurred over the storming of the Capitol by a mob of his supporters. Trump has been charged with inciting the Jan. 6 insurrection, and last month he became the first president in history to be impeached by the House twice.

But Trump's team — which was announced little more than a week ago — appeared unprepared as they attempted a good cop, bad cop routine that veered from flattery to legalese, and stood in dramatic contrast to Democrats' focused emotional appeals.

Trump — ever the showman — was impressed with the Democrats, who opened Tuesday's session with powerful video that compiled scenes of the deadly attack on Congress. And he complained that his team — especially lead lawyer Bruce Castor — came off badly on television and looked weak in comparison, according to the person, who spoke on condition of anonymity to discuss private conversations.

The anger was echoed by Trump allies, who blasted the lawyers both publicly and privately and with repeated profanities.

A spacecraft from the United Arab Emirates swung into orbit around Mars on Tuesday in a triumph for the Arab world’s first interplanetary mission.

Ground controllers at the UAE’s space centre in Dubai rose to their feet and broke into applause when word came that the craft, called Amal, Arabic for Hope, had reached the end of its seven-month, 300-million-mile journey and had begun circling the red planet, where it will gather detailed data on Mars’ atmosphere.

The orbiter fired its main engines for 27 minutes in an intricate, high-stakes manoeuver that slowed the craft enough for it to be captured by Mars’ gravity. It took a nail-biting 11 minutes for the signal confirming success to reach Earth.

Tensions were high: Over the years, Mars has been the graveyard for a multitude of missions from various countries.

A visibly relieved Omran Sharaf, the mission’s director, declared, “To the people of the UAE and Arab and Islamic nations, we announce the success of the UAE reaching Mars.”

Two more unmanned spacecraft from the U.S. and China are following close behind, set to arrive at Mars over the next several days. All three missions were launched in July to take advantage of the close alignment of Earth and Mars.

Prince Rupert was chosen from 15,000 entries as the name of the Grand Trunk Railway's Pacific terminal. Eleanor Macdonald of Winnipeg won $250 for suggesting the name.

A brother of one of three women slain by their ex-partner in the Ottawa Valley has recruited Margaret Atwood for a music project about gender-based domestic violence.

An awareness campaign by baritone Joshua Hopkins, whose sister Nathalie Warmerdam was murdered in 2015, caught the attention of Atwood and Florida-raised composer Jake Heggie.

They agreed to join him in an effort to "inspire other voices" to the cause with an eight-track album of Atwood's poetry sung by Hopkins and with Heggie on piano.

"Songs for Murdered Sisters" was co-commissioned by the Houston Grand Opera and the National Arts Centre Orchestra in Ottawa. The album will be released on March 5, shortly before International Women's Day.

"Songs for Murdered Sisters" was inspired by the murders perpetrated by Basil Borutski, who was convicted in 2017 of first-degree murder in the deaths of Hopkins' sister, 48-year-old Warmerdam, and 36-year-old Anastasia Kuzyk.

Borutski also was convicted of second-degree murder in the slaying of 66-year-old Carol Culleton. All three murders happened within an hour of each other on Sept. 22, 2015.

Borutski had relationships with all three women and sought revenge for their supposed grievances against him, the court was told in his trial.

Staff say a longer-term plan will be created and council was encouraged to maintain other options, including an egg addling program which destroys the embryo of fertilized eggs but leaves the eggs in the nest so geese do not lay more.

Word of the cull has already prompted two separate petitions signed by nearly 2,000 opponents of the plan.

In addition to addling, council has been told alternatives to a full-scale cull could include sport hunting and kill-to-scare, a process that removes a single animal from the flock, generally encouraging the birds to move to another location for a period of time.

This report by The Canadian Press was first published Feb. 10, 2021