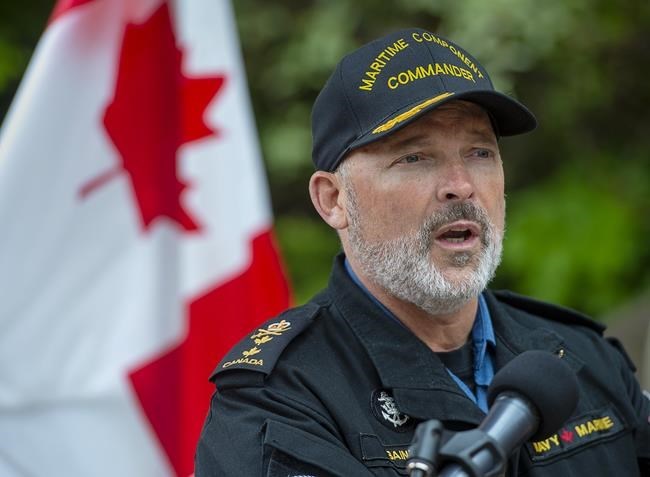 McDonald will take over command of the entirety of the Canadian Armed Forces from Vance during a ceremony next week.

Baines has served as commander of the navy's Atlantic fleet since 2017 and provided regular updates following the crash of the Cyclone helicopter known as Stalker 22 last spring.

All six Canadian Armed Forces members on board the helicopter were killed when it crashed into the Mediterranean Sea in late April.

Baines and McDonald take over their new jobs at a time when the navy has been increasingly active in the Asia-Pacific region amid the rise of China while maintaining a steady presence with NATO in Europe.

They also arrive at a time when many are questioning the cost of the government's plan to build 15 new warships to form the backbone of the Navy's fleet for decades.

The government has previously pegged the cost at around $56 billion, more than double the original estimated price tag of around $26 billion.

Yet the parliamentary budget officer dug into the numbers last fall and is expected to provide an updated estimate to Parliament later this month, which could force a major rethink on the project.

This report by The Canadian Press was first published Jan. 5, 2020.