MONTREAL — A Montreal police officer on trial for the alleged sexual assault of a woman at a hotel after encountering her in lockup was grilled by the prosecutor on Thursday about the decisions he took that night.
Jul 15, 2021 2:39 PM By: Canadian Press 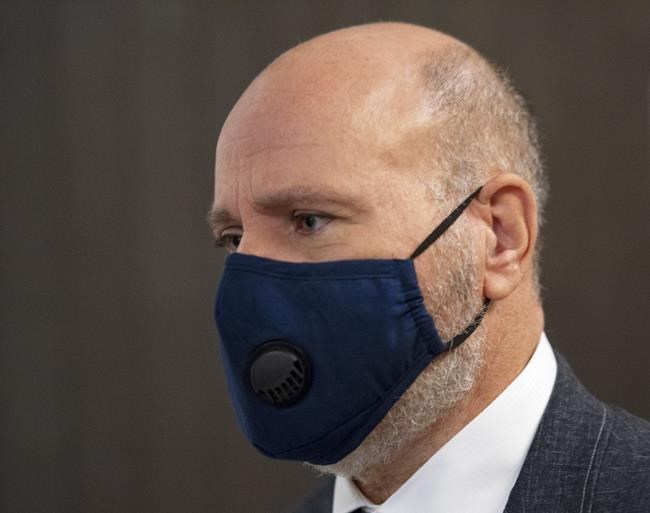 MONTREAL — A Montreal police officer on trial for the alleged sexual assault of a woman at a hotel after encountering her in lockup was grilled by the prosecutor on Thursday about the decisions he took that night.

Roger Fréchette, 56, faces one count of sexual assault against a woman from Ontario who was visiting Montreal in February 2019. He was the first police officer to be charged following an independent investigation by Quebec's police watchdog, the Bureau des enquêtes indépendantes.

The alleged victim is a woman in her 40s whose identity is protected by a publication ban.

She testified this week that Fréchette made comments about her private parts when she was partially naked in her cell and later took her to her hotel room, where he allegedly groped her, licked her neck, grabbed her genital area and put her hand on his crotch.

Prosecutor Andrée-Anne Tremblay questioned Fréchette about his actions in the early hours of Feb. 18 after the woman was arrested for alleged public intoxication.

Asked by Tremblay why he spent so much time with the woman and lingered outside her cellwhile she was partially naked, Fréchette told the court the woman was agitated, screaming and seemed to calm down when he was present. He told the court she didn't seem uncomfortable with his presence, and there was no female officer working that night.

Fréchette has denied making any sexual comments or assaulting her, telling the court he was only trying to help the woman, who had no money or friends in Montreal, get back to her hotel. He said he was not sexually attracted to her.

He said he decided to give her a ride in his personal vehicle after his shift because it was cold out. "I had a lot of time on my hands, I wasn't busy," Fréchette told the court. "I wanted to make sure she was OK."

He followed her into the hotel and decided to ensure she got back into her room. As he was about to leave, Fréchette said she invited him into the room to talk.

He said the entire time at the hotel spanned 40 minutes, and the woman tried to convince him to give her a ride back home or pay for a train ticket. When he refused, Fréchette testified that she licked him and grabbed his penis through his pants. He said that after cleaning saliva off his face, he left.

Tremblay asked why Fréchette didn't take a different approach, such as asking a patrol car to drive her back to the hotel or simply giving her directions.

"In hindsight, there were other solutions. I could have bought her a bus ticket or pay for a cab," Fréchette said. But he said he knew she needed help, and he was looking to kill time before a hospital appointment that morning.

Fréchette was also shown a six-minute video clip of him talking to the alleged victim before her release, which coincided with the end of his shift. He said he was checking to see if she was sober enough to be released, but he couldn't remember the details of the discussion.

The 34-year veteran police officer, who had spent a decade supervising the cells at a downtown Montreal detention centre, said it was the first time he'd ever escorted a detainee after his shift. He is now suspended with pay.

This report by The Canadian Press was first published July 15, 2021.