OTTAWA — The Supreme Court of Canada ruled Thursday that the national price on pollution is entirely constitutional, upholding a pivotal piece of the Liberal climate-change plan.
Mar 25, 2021 2:02 PM By: Canadian Press 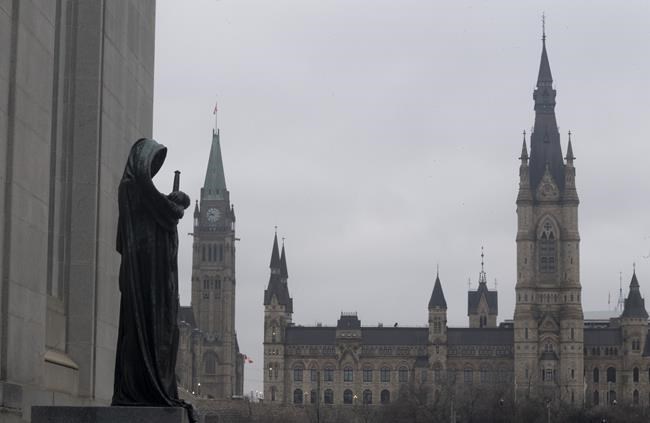 OTTAWA — The Supreme Court of Canada ruled Thursday that the national price on pollution is entirely constitutional, upholding a pivotal piece of the Liberal climate-change plan.

The case brings a legal end to a years-long battle between Ottawa and many provinces over a carbon tax, and prompted Saskatchewan Premier Scott Moe to start looking at a homegrown carbon-pricing mechanism and Alberta Premier Jason Kenney to nudge open the door to doing so too.

Saskatchewan, Ontario and Alberta challenged the Liberal government's 2018 Greenhouse Gas Pollution Pricing Act in court, arguing it was a federal overreach into provincial jurisdiction over everything from taxes and the environment to natural-resource development.

On Thursday all three were on the losing end, as the court declared Ottawa has the constitutional authority to impose a minimum price on greenhouse-gas emissions.

“The undisputed existence of a threat to the future of humanity cannot be ignored," wrote Chief Justice Richard Wagner in the 6-3 decision.

He said even the parties arguing against the law agreed that "climate change is real" and that there is extensive evidence showing that carbon pricing is a critical element in addressing it.

The onus had been on Canada to prove it has the power to implement a minimum national price on greenhouse gas emissions because it was in the national interest and didn't infringe on provincial jurisdictions guaranteed by the Constitution.

Wagner said Ottawa had made its case because of the real threat posted by climate change, and the fact that even one province refusing to act could wreak irreversible harm on the rest.

Environment Minister Jonathan Wilkinson called it "an historic day for Canada" and asked provincial governments to work with Ottawa as a result.

"Canadians rightly expect their governments to build an economy that fights climate change using the most effective tools at our disposal and now we can get on with the job,"" he said.

He said he hopes the provinces without their own carbon prices will implement one now, but the partisan fight over carbon pricing in Canada is still far from over.

Conservative Leader Erin O'Toole, whose party grassroots voted against a motion last weekend to add "climate change is real" to the party policy book, said he will still scrap the carbon tax.

"We will protect the environment and fight climate change but we won't be doing that by making the poorest Canadians pay," he said.

Provinces were more open to adjusting their plans as a result of the decision however.

In a news conference, Kenney said he was disappointed with the decision but respects it. Asked if he would restore the Alberta carbon tax he scrapped when he took office in 2018, Kenney said many options are on the table.

“We are going to consult with Albertans and also talk to our allied provinces to determine the best way forward to protect jobs and the economy in Alberta, to minimize the costs of any future policies on this province,” he said.

In Saskatchewan, Moe said the decision did not change his "core conviction that the federal carbon tax is bad environmental policy, bad economic policy, and simply wrong."

But he said given the decision, Saskatchewan is moving immediately to bring all its industries under a provincial pricing system for industry, and is immediately working to implement a fuel charge that would mimic one introduced last year in New Brunswick.

Ontario Environment Minister Jeff Yurek expressed disappointment in the outcome but said Ontario will respect the decision. He did not say whether Ontario will reintroduce its own pricing mechanism.

The court ruling prompted a flurry of celebration and relief from climate activists who hope this is the beginning of a new day for Canadian climate action.

Stewart Elgie, director of the environment institute at the University of Ottawa, said this was "the most important environmental court decision ever in Canada."

"I hope this decision will end the partisan fighting over carbon pricing," he said. "We can't keep having our climate laws ripped up every time there's a change in government."

—With files from Stephanie Taylor in Regina, Dean Bennett in Edmonton and Shawn Jeffords in Toronto