All available resources will be used to find a master sailor from Manitoba who is believed to have accidentally fallen overboard while on the HMCS Winnipeg, the Canadian government said.
Dec 15, 2020 3:53 PM By: Canadian Press 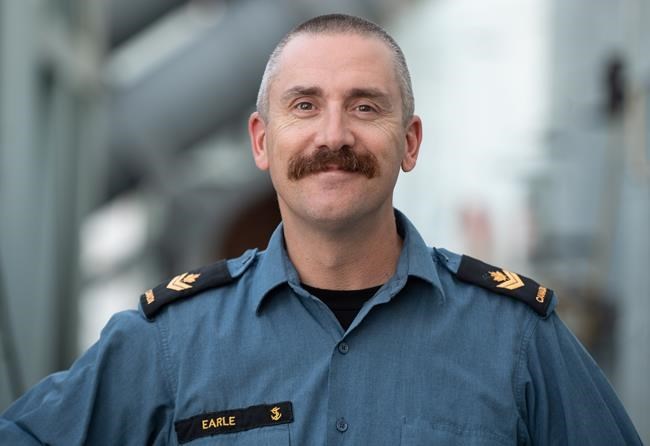 All available resources will be used to find a master sailor from Manitoba who is believed to have accidentally fallen overboard while on the HMCS Winnipeg, the Canadian government said.

Earle was last seen aboard the ship at about 5 a.m. PT and the crew noticed he was missing several hours later when he did not turn up for a departmental meeting, Topshee said on Tuesday.

The ship was returning to Esquimalt, B.C., after being deployed to the Asia-Pacific region.

"When he was not located following the initial searches, a very detailed and thorough search of the entire ship was conducted," Topshee said at a news conference.

"At the same time, Winnipeg was turned around and commenced a search back along its previous track, employing its embarked HC148 cyclone helicopter to assist."

He added that a CP-140 Aurora aircraft from Comox, B.C., was in the area and joined in the search.

The Joint Rescue Coordination Centre in California, the Royal Canadian Air Force and the United States Coast Guard are also helping, he said.

"We are working very closely with them to ensure Master Sailor Earle is given the best chance at being rescued, despite the sea state and distance from shore," Topshee said.

There were large swells on the ocean at the time Earle went missing, he said.

"Four- to five-metre waves make it extremely difficult to see a sailor, even when he's extremely close to the ship."

"We are continuing to provide his family updates and as much support as possible."

On Tuesday, Prime Minister Justin Trudeau and Defence Minister Harjit Sajjan said their thoughts are with the man's family.

"To master sailor Earle's family and loved ones, we are keeping you in our thoughts during this incredibly difficult time," Trudeau said during a news conference.

"And to everyone aboard HMCS Winnipeg, we are standing with you. I know this has already been a very challenging year for those serving in the Canadian Armed Forces."

Sajjan said in a tweet that "the entire defence team will be there for his family during this challenging time."

"We are dedicating all available resources to search for Master Sailor Duane Earle … in the hopes of bringing him home," Sajjan said.

Topshee said Earle is a 47-year-old boatswain, who is responsible for a ship's rigging and equipment, and joined the Canadian Forces in June 1990 as a member of the Naval Reserve at HMCS Chippawa in Winnipeg.

Earle also served on several different ships and was on multiple deployments, including Operation Podium, which was part of the security for the Vancouver 2010 Olympic and Paralympic Winter Games.

"This is an unimaginably difficult time for the family and crew. My thoughts, since I heard the news, are with Duane's family, friends and shipmates."

This report by The Canadian Press was first published Dec. 15, 2020.

Poll finds strong support for COVID-19 curfews despite doubts about effectiveness
Jan 19, 2021 4:35 AM