OTTAWA — The research director for an initiative that promotes fire safety in Indigenous communities says a study that found Inuit are over 17 times more likely to die in a fire than non-Indigenous people is disturbing.
Mar 25, 2021 3:08 PM By: Canadian Press 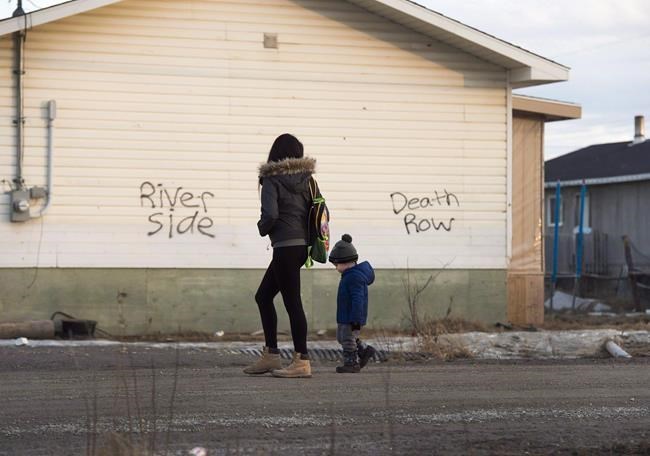 OTTAWA — The research director for an initiative that promotes fire safety in Indigenous communities says a study that found Inuit are over 17 times more likely to die in a fire than non-Indigenous people is disturbing.

“It's incredibly daunting for sure. It's disturbing and it's a concern,” said Len Garis, who is former chief of the Surrey, B.C., fire service and an adjunct professor at the University of the Fraser Valley’s criminology department.

“We're comparing with the Canadian population of about 37 million and (more than) 1.6 million individuals identify themselves as being First Nations, Metis or Inuit (according to Statistics Canada)," he said.

"The numbers that we're talking about are significant in comparison to the rest of the Canadian population."

The study was commissioned by the National Indigenous Fire Safety Council Project and funded by Indigenous Services Canada. It used data from a census in 2011 and followed through until 2018.

It also found that First Nations people are four times more likely to be hospitalized because of a fire-related injury compared with people who are not Indigenous.

Garis said fires that have taken the lives of Indigenous people across the country have been devastating.

In 2014, four people including three children from the Mishkeegogamang First Nation in Ontario died in a fire. In Saskatchewan, a couple lost two babies in a 2015 fire while they were asleep with their grandmother.

Garis said underlying social concerns may be the reason behind the higher rates of death among Indigenous people.

"There are things like housing conditions. Crowding puts excess pressure on infrastructure and the risks are higher because (if) there is a fire breaking out ... trying to access those people becomes difficult."

"There is a lot of work to do. This organization of course is focusing on fire safety, (but) I can't ... ignore their social characteristics or problems as well."

Garis said among the approximately 650 Indigenous communities across Canada there are about 350 fire departments. That means some communities may not get immediate help when there is a fire.

The council also noted that there is no national code that enforces fire safety standards on reserves.

Garis said the Aboriginal Firefighters Association of Canada received $10 million in federal funding in 2017 that went to nearly 80 programs and services to provide training and support fire awareness in First Nations communities. Education includes the dangers of children playing with matches or seniors smoking in bed.

Garis said he's hopeful such programs will help reduce the number of fires in Indigenous communities.

— By Fakiha Baig in Edmonton

This report by The Canadian Press was first published March 25, 2021

Judicial recount in Yukon election to occur in Whitehorse today over tie riding
Apr 19, 2021 1:00 AM
Comments