COVID fight and fears, and China bans BBC news broadcasts: In The News for Feb. 12

In The News is a roundup of stories from The Canadian Press designed to kickstart your day. Here is what's on the radar of our editors for the morning of Feb. 12 ... What we are watching in Canada ...
Feb 12, 2021 1:15 AM By: Canadian Press 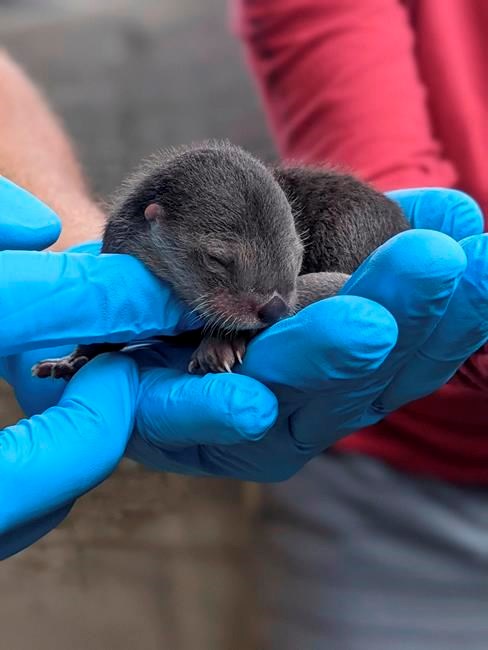 In The News is a roundup of stories from The Canadian Press designed to kickstart your day. Here is what's on the radar of our editors for the morning of Feb. 12 ...

Experts say Ontario can avoid a third COVID-19 wave and lockdown through aggressive vaccination while neighbouring Manitoba is preparing to buy two million doses of a prospective Canadian-made vaccine without going through the federal government.

But Dr. Adalsteinn Brown, co-chair of the group, says more contagious variants of COVID-19 are spreading and currently account for five to 10 per cent of all cases.

That will likely cause cases to increase again by late February, he says, which is why strong public health measures like a stay-home order and vaccination of vulnerable groups are important.

"We have learned the hard way that we cannot rely on only one source of supply and that supply is somewhere outside of Canada," Pallister said Thursday.

Providence, which operates in Toronto and Calgary, started clinical trials last month and hopes to receive federal approval in the fall.

The company signed a term sheet with Manitoba that is contingent on that approval. The deal would see the province get the first 200,000 doses at a price no higher than any other government might secure in the coming months.

Providence's chief executive officer said the company has been talking with other provinces as well.

Newfoundland and Labrador will be run by a caretaker government for at least two more weeks after a COVID-19 outbreak forced a delay in Saturday's provincial election in nearly half the province's ridings.

Liberal Leader and incumbent Premier Andrew Furey told reporters Thursday that his caretaker government, which by convention exercises limited powers, will remain in place until the election can be fully held.

Chief electoral officer Bruce Chaulk announced Thursday that with mounting COVID-19 cases in the St. John's region, in-person voting would be postponed across the Avalon Peninsula for at least two weeks.

With daily COVID-19 case counts nearly doubling every day this week, Chaulk warned that the voting delay could be longer than two weeks, and he urged voters to cast ballots by mail.

Furey said it's his understanding that all campaigning will cease on Saturday, even though polls will be open in just 22 of the province's 40 ridings.

Chaulk says those results will not be disclosed until voting has concluded everywhere in the province.

Dire harm from Donald Trump’s false and violent incitements will vex American democracy long into the future unless the Senate convicts him of impeachment and bars him from future office, House prosecutors insisted Thursday as they concluded two days of emotional arguments in his historic trial.

Making their case, they presented piles of new videos of last month's deadly Capitol attack, with invaders proudly declaring they were merely obeying “the president’s orders” to fight to overturn the election results as Congress was certifying his defeat to Democrat Joe Biden. Trump is accused of inciting the invasion, which prosecutors said was a predictable culmination of the many public and explicit instructions he gave supporters long before his White House rally that unleashed the Jan. 6 attack.

“If we pretend this didn’t happen, or worse, if we let it go unanswered, who’s to say it won’t happen again?” argued prosecutor Rep. Joe Neguse, D-Colo. Even out of office, Democrats warned, Trump could whip up a mob of followers for similar damage.

Trump’s defence will take the Senate floor on Friday, arguing that as terrible as the attack was, it clearly was not the president's doing. The proceedings could finish with a vote this weekend by the senators who are sitting as impeachment jurors.

The Democrats, with little hope of conviction by two-thirds of the evenly divided Senate, are also making their most graphic case to the American public, while Trump’s lawyers and the Republicans are focused on legal rather than emotional or historic questions, hoping to get it all behind as quickly as possible. Five people died in the Capitol chaos and its aftermath, a domestic attack unparalleled in U.S. history.

Trump's second impeachment trial, on a charge of incitement of insurrection, has echoes of last year’s impeachment and acquittal over the Ukraine matter, as prosecutors warn senators that Trump has shown no bounds and will pose a continuing danger to the civic order unless he is convicted. Even out of the White House, the former president holds influence over large swaths of voters.

China has banned BBC World News from airing in China, one week after threatening to retaliate for the recent revocation of the British broadcasting license for China's state-owned CGTN.

The National Radio and Television Administration said in a statement dated midnight Friday that BBC World News coverage of China had violated requirements that news reporting be true and impartial and undermined China's national interests and ethnic solidarity.

The BBC already is generally not viewable in China outside of some hotels, businesses and residential compounds for foreigners. It wasn't immediately clear if the ban would affect reception in those facilities.

The Chinese government has criticized recent BBC reports on the COVID-19 pandemic in China and on allegations of forced labour and sexual abuse in the Xinjiang region, home to the Uighurs and other predominantly Muslim ethnic groups.

“The channel fails to meet the requirements to broadcast in China as an overseas channel,” the Radio and Television Administration said, adding it would not accept BBC's broadcast application for the next year.

U.K. Foreign Secretary Dominic Raab called the move “an unacceptable curtailing of media freedom" that would "only damage China’s reputation in the eyes of the world.”

A three-month-old baby was the recipient of Canada's first successful liver transplant, at Montreal's Notre-Dame Hospital.

The Conservative party's use of CBC news footage in a partisan attack ad and tweets was a copyright infringement damaging to the public broadcaster's integrity and impartiality, Federal Court heard Thursday.

In submissions to the court, CBC lawyer Andrea Gonsalves said the federal Conservatives exploited the very qualities that make the CBC a trustworthy source of information.

"The works in issue are the products of CBC's skill and judgment; they reflect its high journalistic standards, practices, efforts and ethics," Gonsalves said. "The use and the unfairness of the use poses a real risk of eroding CBC's trustworthiness and reputation in the eyes of the public."

At issue are a Conservative ad and tweets from the 2019 election that used clips from CBC news programming and other outlets and from the leadership debates. The ad, for example, showed a short clip of Prime Minister Justin Trudeau asking the viewer to "look at what we’ve done" along with news clips that invited unfavourable conclusions about his performance.

The broadcaster, which maintains the issue is of wider public importance, wants Judge Michael Phelan to find a violation of the Copyright Act. The Conservatives want the case dismissed.

It is the first time a Canadian court has been asked to adjudicate a copyright dispute between a news organization and a major political organization, court heard.

Police in Calgary say an officer seen on video kicking a police service dog regrets his actions but was doing so to quiet the animal during a high-risk arrest.

A 20-second video of the single kick aimed at the barking dog was taken from someone's window and posted online. It led to several complaints to the Calgary Police Service.

Supt. Ryan Ayliffe said the kick is not an accepted or standard part of training and the officer's action is under review.

"None of us like the look of that video. None of us wanted this to happen and we acknowledge this is not an acceptable way to correct dog behaviour. We don't condone it," Ayliffe told a news conference Thursday.

"But there are a number of things that add context there that mitigate some of the intent because there was no intent to hurt this animal."

Ayliffe said the officer and the dog were part of a Wednesday night arrest in a firearms investigation, and the dog's constant barking put others at risk.

The Feb. 5 birth was the first for their mother, Zinnia, the zoo's communication director, Ron Magill, said in a news release. It was also the first birth of this species at the zoo.

The pups were born in a secluded den in the Florida: Mission Everglades exhibit and are being well cared for by their first-time mother, Magill said.

It is still too early to determine their genders, he said.

Zinnia arrived at Zoo Miami from the Roger Williams Park Zoo in Rhode Island where she was born.

She and her pups will remain isolated behind the scenes to ensure they have minimal disturbances while they bond and grow.

The pups' father is 5-year-old Edison, who came to Zoo Miami in October 2016 after being rescued as an orphan and hand-raised by a group called Wild Florida, the news release said.

The father is separated from Zinnia and the pups, which is also the case in the wild, Magill said. Males do no participate in rearing the babies.

North American river otters are found in a variety of fresh water habitats throughout much of the U.S. and Canada. They can grow up to 4 feet (1.2 metres) and typically weigh between 12 (5.4 kilograms) and 25 pounds (11.3 kilograms).

This report by The Canadian Press was first published Feb. 12, 2021

Demond inquiry: psychiatrist says Desmond was eager to improve his life and marriage
Mar 2, 2021 9:15 AM
Comments