Closing arguments in van trial and support for two Michaels: In The News for Dec. 18

In The News is a roundup of stories from The Canadian Press designed to kickstart your day. Here is what's on the radar of our editors for the morning of Dec. 18 ... What we are watching in Canada ...
Dec 18, 2020 1:15 AM By: Canadian Press 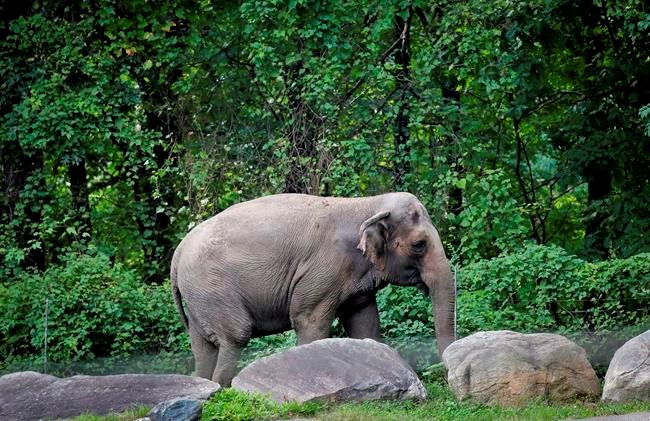 In The News is a roundup of stories from The Canadian Press designed to kickstart your day. Here is what's on the radar of our editors for the morning of Dec. 18 ...

Champagne tells The Canadian Press he'll take no lessons from China when it comes to defending Canadian interests and standing up for Michael Kovrig and Michael Spavor.

He has led Canadian efforts to create a coalition of dozens of countries pushing China to release the two men, whom they say are being arbitrarily and unjustly imprisoned.

Kovrig and Spavor were arrested two years ago this month and now face what Canada and its allies reject as trumped-up charges of violating China's national security.

They say China is retaliating for the arrest of Chinese high-tech executive Meng Wanzhou (MUNG wan-JOH') on an American extradition, days before the "two Michaels" were apprehended.

China has repeatedly called for Meng's release and warned Canada against lobbying other countries for support in its quest to pressure Beijing to free the two Michaels.

The prosecution will deliver its closing arguments today at the trial for the man who killed 10 people in Toronto's van attack.

Alek Minassian has pleaded not guilty to 10 counts of first-degree murder and 16 of attempted murder.

The defence argues Minassian is not criminally responsible for his actions on April 23, 2018, due to autism spectrum disorder.

The Crown argues the 28-year-old from Richmond Hill, Ont., knew what he was doing was wrong.

Minassian has admitted to planning and carrying out the attack.

The only issue at trial is his state of mind at the time of the killings.

Federal authorities expressed increased alarm Thursday about a long-undetected intrusion into U.S. and other computer systems around the globe that officials suspect was carried out by Russian hackers. The nation's cybersecurity agency warned of a “grave” risk to government and private networks.

The hack compromised federal agencies and “critical infrastructure” in a sophisticated attack that was hard to detect and will be difficult to undo, the Cybersecurity and Infrastructure Security Agency said in an unusual warning message. The Department of Energy acknowledged it was among those that had been hacked.

The attack, if authorities can prove it was carried out by Russia as experts believe, creates a fresh foreign policy problem for President Donald Trump in his final days in office.

Trump, whose administration has been criticized for eliminating a White House cybersecurity adviser and downplaying Russian interference in the 2016 presidential election, has made no public statements about the breach.

President-elect Joe Biden, who inherits a thorny U.S.-Russia relationship, spoke forcefully about the hack, declaring that he and Vice-President-elect Kamala Harris “will make dealing with this breach a top priority from the moment we take office.”

“We need to disrupt and deter our adversaries from undertaking significant cyberattacks in the first place,” he said. “We will do that by, among other things, imposing substantial costs on those responsible for such malicious attacks, including in co-ordination with our allies and partners.”

“There’s a lot we don’t yet know, but what we do know is a matter of great concern,” Biden said.

Israel will begin rolling out a major coronavirus vaccination campaign next week after the prime minister reached out personally to the head of a major drug company. Millions of Palestinians living under Israeli control will have to wait much longer.

Worldwide, rich nations are snatching up scarce supplies of new vaccines as poor countries largely rely on a World Health Organization program that has yet to get off the ground. There are few places where the competition is playing out in closer proximity than in Israel and the territories it has occupied for more than half a century.

Next year could bring a sharp divergence in the trajectory of the pandemic, which until now has blithely ignored the national boundaries and political enmities of the Middle East. Israelis could soon return to normal life and an economic revival, even as the virus continues to menace Palestinian towns and villages just a few miles (kilometres) away.

Israel reached an agreement with the Pfizer pharmaceutical company to supply 8 million doses of its newly approved vaccine — enough to cover nearly half of Israel's population of 9 million since each person requires two doses. That came after Prime Minister Benjamin Netanyahu personally reached out multiple times to Pfizer Chief Executive Albert Bourla, boasting that at one point he was able to reach the CEO at 2 a.m.

Israel has mobile vaccination units with refrigerators that can keep the Pfizer shots at the required minus 70 degrees Celsius (minus 94 Fahrenheit). It plans to begin vaccinations as soon as next week, with a capacity of more than 60,000 shots a day. Israel reached a separate agreement with Moderna earlier this month to purchase 6 million doses of its vaccine — enough for another 3 million Israelis.

Israel's vaccination campaign will include Jewish settlers living deep inside the West Bank, who are Israeli citizens, but not the territory's 2.5 million Palestinians.

Pierre Trudeau announced that he was postponing his retirement from politics. Trudeau said he accepted his party's request to stay on as leader because he felt a duty to the party and to Canada. He went on to lead the Liberals to a majority election victory over Joe Clark's Progressive Conservatives in February 1980.

A survey of food-related New Year’s resolutions found fewer people plan on dieting in 2021, pushing the usually popular though short-lived weight-loss resolution down on the list of goals.

The poll found that only 30 per cent of Canadians surveyed plan on changing their diet and eating healthier in 2021 — a 28 per cent drop compared with last year.

Yet the number of people planning to donate to a local food bank doubled to 16 per cent, up from eight per cent.

Sylvain Charlebois, senior director of the Agri-Food Analytics Lab at Dalhousie, says he was surprised by the results given public discussion about weight gain during the pandemic and the so-called quarantine 15.

He says it appears people may be overlooking their personal issues and considering others in need instead.

An appellate court on Thursday upheld a lower court’s ruling dismissing a petition from an animal rights group for an elephant in the Bronx Zoo to get human-like rights and be moved to a sanctuary.

The Nonhuman Rights Project had said Happy the elephant was “unlawfully imprisoned” at the Bronx Zoo, where she has been for more than 40 years. A judge in February, ruling against the petition, said New York state courts have ruled that animals are not legally “persons.”

The appeals court ruling agreed with that decision and said, “a judicial determination that species other than homo sapiens are ‘persons’ for some juridical purposes, and therefore have certain rights, would lead to a labyrinth of questions that common-law processes are ill-equipped to answer.”

In a statement, the Wildlife Conservation Society, which runs the zoo, said it was a victory for “common sense.”

“All decisions regarding the health and welfare of the animals at the Bronx Zoo should and will be made by the zoo’s animal experts who know them best,” the society said.

The animal rights group said it would continue to press on with its legal battle, and would ask the state’s highest court to hear its arguments.

The animal rights group had said Happy was separated from other elephants at the zoo, and wanted her to be moved to a larger sanctuary where she could be around other elephants and have more room.

The zoo had said Happy did have opportunities for contact with other elephants, and that zoo staff was constantly assessing her condition to make sure she was doing well.

This report by The Canadian Press was first published Dec. 18, 2020