OTTAWA — The commission overseeing leaders' debates during federal elections says Indigenous media outlet APTN will be one of the broadcast partners producing the next event.
Apr 1, 2021 9:58 AM By: Canadian Press 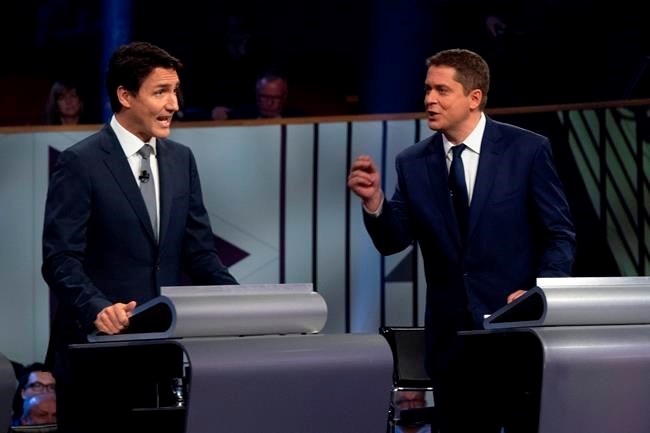 OTTAWA — The commission overseeing leaders' debates during federal elections says Indigenous media outlet APTN will be one of the broadcast partners producing the next event.

The Leaders' Debates Commission announced today some details of the next two official election debates — one in English and one in French — as speculation continues to mount in Ottawa about the timing of the next federal vote.

A group of broadcast news organizations that includes CBC, CTV, Global and APTN will produce, promote and distribute the English-language debate during the next campaign.

The French-language debate will be produced by Radio-Canada, Noovo, La Presse, Le Devoir, the magazine L'Actualité and a co-operative of six regional media outlets in Quebec and eastern Ontario.

The debates will be carried across Canada by those in the broadcast group, as well as by OMNI Television, CPAC, the Toronto Star and third-party platforms, and it will also be translated into Indigenous and other non-official languages.

The timing of the debates will depend on when Canadians next head to the polls, which could be sooner than the next fixed-election date in 2023 if the Liberal minority government is dissolved before then.

This report by The Canadian Press was first published April 1, 2021.