OTTAWA — The parliamentary budget officer says it could cost the government $756 million to buy back guns now prohibited in the country, depending on how many there are in Canada and how the Liberals structure the program.
Jun 29, 2021 2:29 PM By: Canadian Press 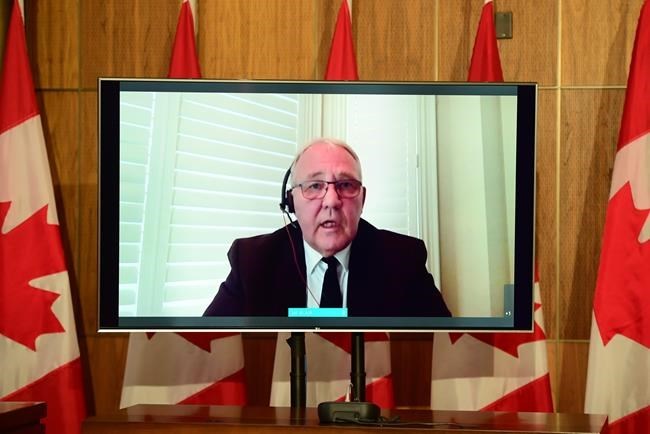 OTTAWA — The parliamentary budget officer says it could cost the government $756 million to buy back guns now prohibited in the country, depending on how many there are in Canada and how the Liberals structure the program.

The high-end buyback figure is the budget officer's estimate for how much it would cost for the government to buy back every gun at fair market value that the industry estimates is owned across Canada.

Industry officials with the Canadian Sporting Arms and Ammunition Association estimate there are 518,000 guns in the country, which would cost $756 million to purchase.

The government estimates a far lower figure, roughly 150,000 affected firearms, that the budget office says could cost up to $225 million to purchase.

The difference has to do with how many unregistered firearms are in Canada, which the budget officer notes is a challenge not unique to this country.

That unknown number, coupled with the unknowns of how the Liberals plan to build the program, led budget officer Yves Giroux to say he can't give a detailed cost estimate for the program.

Among the details that the government needs to sort out include what pricing plan the Liberals want to use, whether the federal treasury would cover transportation costs for gun owners, and administration costs.

"There remain too many outstanding questions on how this program will be implemented to currently develop a complete picture of the true potential cost of the program," the report reads.

"Many of these details, such as the compensation structure and program administration costs, will have a significant impact on the overall cost of the program."

The Liberals' legislation, known as C-21, proposed a buyback of many recently banned firearms the government considers assault-style weapons. It was introduced in February, but never made it past second reading before the House of Commons took its summer recess.

Public Safety Minister Bill Blair's office said in a statement that the PBO's estimates had been unduly influenced by the firearm industry's figures that presented a "distorted picture" of costs that are "incomplete and speculative" until the details are finalized.

"It is important that when we are talking about weapons specifically designed for war we look at costing as more than merely numbers," the statement said. "We need to look at the costs that these weapons have had on families and communities."

As part of its cost analysis, the budget office looked to New Zealand, a country that instituted a buyback program two years ago.

The PBO noted that country's government set aside $150 million to compensate firearm owners, and $18 million more in administrative expenses.

The PBO report said updated figures from February estimated compensation at about $120 million, with 61,332 firearms being handed in or amended, while administration costs were expected to increase to around $35 million.

Giroux's analysis notes that his cost estimate doesn't include potential compensation for ammunition, parts or business losses, which would further push up the overall price tag.

Giroux did the analysis on a request from a Conservative MP, whose party has been critical of the buyback program. Party critic Shannon Stubbs said in a statement that the program should be scrapped.

"The simple fact is that every dollar spent taking a firearm away from a law-abiding firearm owner is a dollar not going to fight the true issue of firearm crime in Canada — illegally smuggled guns," she said.

This report by The Canadian Press was first published June 29, 2021.