EDMONTON — The Alberta legislature has turned down a request for a special debate on an Opposition bill intended to protect the province's Rocky Mountains from coal mining.
Apr 19, 2021 3:20 PM By: Canadian Press 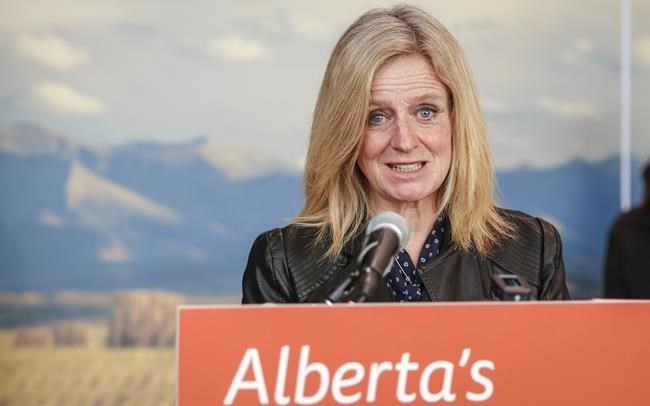 EDMONTON — The Alberta legislature has turned down a request for a special debate on an Opposition bill intended to protect the province's Rocky Mountains from coal mining.

The refusal from United Conservative MLAs to grant unanimous consent for the debate probably means the bill won't get any further and is likely to die on the order paper.

"People from all walks of life, all kinds of backgrounds and all kinds of political views — they want to see this bill debated," NDP Leader Rachel Notley said in a release.

"Today's action by the Kenney government is a betrayal of these Albertans."

Notley had asked the legislature to push the proposed legislation up the agenda to be debated on Monday night.

She said the debate was needed because drilling and road-building are going ahead on the eastern slopes of the mountains — even as the United Conservative government says it's gathering public feedback on coal mines.

"The fact is, this is urgent," Notley told the legislature. "We want to provide a forum for that discussion to be heard in this house."

The bill calls for cancellation of leases that were issued after the government scrapped a policy last May that protected a vast swath of summits and foothills along the western spine of the province.

It would also stop the province's energy regulator from issuing development permits. Open-pit mines would be permanently prohibited in the most sensitive areas and mines elsewhere could not be approved until a land-use plan was developed.

On the weekend, a letter signed by 35 scientists from the University of Alberta's biology department urged the government to allow the debate.

"There is no reliable method to stop leaching of hazardous waste produced by surface coal mining into groundwater where, inevitably, it will pollute precious watersheds we all depend on that are already under severe stress," said the letter.

The law is needed to at least slow development down, said Shelagh Campbell, the biologist who started the letter that went to all UCP caucus members.

"The bill at least has a chance of getting these issues more out in the open," she said.

"A lot of Albertans feel right now pretty desperate in terms of the tools we have at our disposal to slow down the mass destruction that's being visited on us."

The provincial government originally gathered no public input before removing the measures that protected the landscape, but it later opened an online survey and appointed a panel to hear from people.

"The Coal Policy Committee is currently reviewing and analyzing the survey results and will provide an update in the near future," said Alberta Energy spokeswoman Jennifer Henshaw. "The results will also serve as a road map for the next steps in the coal policy engagement process."

The panel has been widely criticized after its terms of reference made it clear its five members won't be allowed to hear concerns about water or land use — the two issues most Albertans are concerned about.

Energy Minister Sonya Savage said that the university professors should consider making their points to the panel.

"We would strongly encourage them to participate in the coal policy consultations which are currently ongoing," she said in an email.

Campbell said she's received no substantive responses yet to the letter. She said the stakes involved in coal mining are too high to gamble with.

"When they tell us that we can keep this or that out (of the water) and make it safe, it's not true. They don't know that."