15-year-old preparing for first season in WHL after earning exceptional-player status
Sep 17, 2020 10:33 AM By: Andy Prest 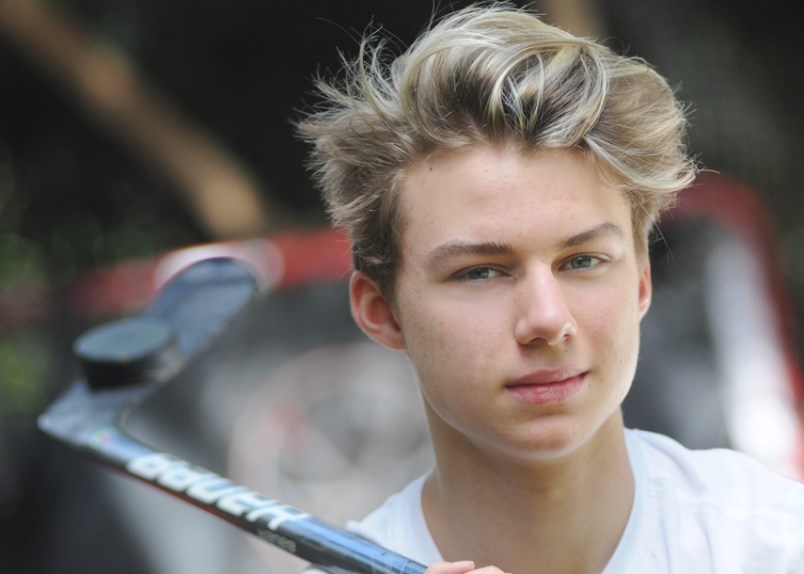 North Vancouver hockey star Connor Bedard is headed to Sweden to train with the HV71 junior team as he awaits the start of the WHL season. Earlier this season Bedard became the first player ever granted early entry into the WHL. photo Mike Wakefield, North Shore News

Bedard was set to make his debut with the Regina Pats this fall as the first-ever player granted early entry into the Western Hockey League. COVID-19 restrictions, however, have put that historic moment on hold, and so Bedard has taken his talents to Sweden where he will train with an elite junior team until the WHL gets all its protocols in order.

Bedard is set to train with the junior team of HV71, a professional hockey club based in Jönköping in southern Sweden. HV71’s senior team plays in the Swedish Hockey League, the top tier of Swedish hockey.

The WHL regular season was originally slated to start Oct. 2 but that date has been pushed back while the league, which spreads across four provinces and two states, works with local health authorities on return-to-play plans. The WHL has indicated that the league would need to have the revenue of having fans in attendance to have a viable season. The WHL has set Dec. 4 as a tentative restart date, although nothing is official yet.

Bedard, who was taken first overall in the 2020 WHL bantam draft, said he’s excited about training in Sweden, where he will practice but not play in games.

“I’m really looking forward to this unique opportunity,” Bedard said in a release. “I look forward to being able to develop in Sweden with HV71 and prepare myself for when I arrive in Regina. Hopefully we can be playing in front of the fans in December.”

The Pats have given Bedard’s move to Sweden their blessing.

“We are excited for Connor and this opportunity,” said Pats general manager John Paddock. “We fully support his decision and look forward to when he comes to Regina for when our season starts in December.”

The talented forward led the Canadian Sport School Hockey League's Midget Prep division with 84 points (43 goals, 41 assists) in 36 games and was named league MVP while playing for West Vancouver Academy's U18 team in the 2019-'20 season.

The exceptional-player rule was introduced in 2005 for Canada's three major-junior hockey leagues. Bedard is the seventh player to receive the status, joining John Tavares, Aaron Ekblad, Connor McDavid, Sean Day and Shane Wright who were granted early entry into the Ontario Hockey League, and Joe Veleno of the Quebec Major Junior Hockey League.

With the Manitoba Moose and taxi squad, what does the Canucks depth look like?
Jan 20, 2021 3:39 PM
Comments