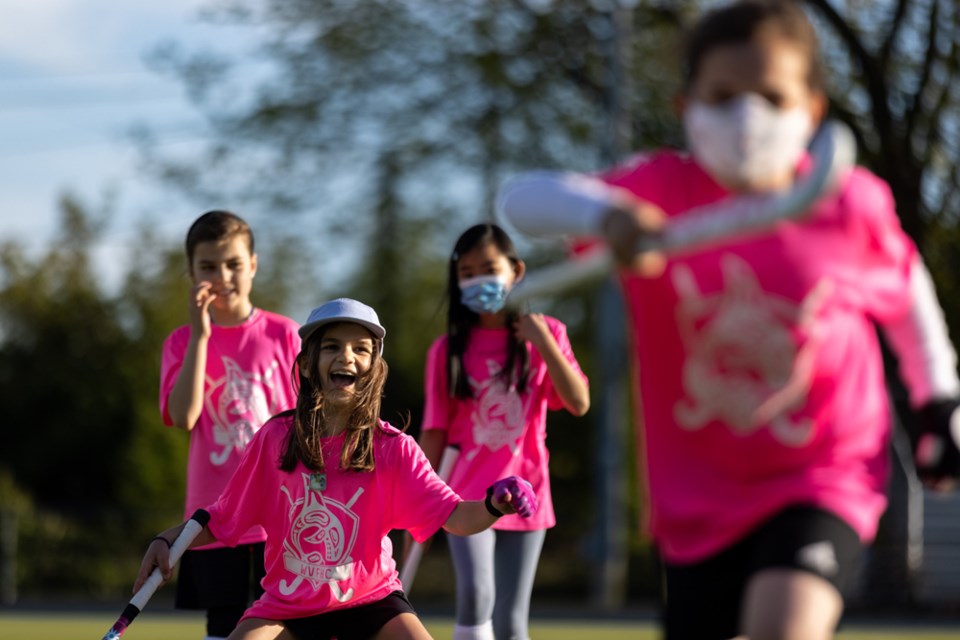 Within hours, emails were flying out confirming league games for the upcoming weekend, even some exhibition matchups for the next night, a little more than 24 hours after the green light flashed on.

The province’s youth sports scene had been in practice-only mode for more than half a year, leaving athletes only to dream of game action while they went through their physically distanced drills. Tuesday’s reopening announcement included a hearty call of “play ball,” giving youth and adult sports associations the go-ahead to reincorporate physical contact and local outdoor games immediately, albeit without spectators allowed for at least a few more weeks. The move provided a shot of enthusiasm and energy into youth sports organizations that had been attempting to keep kids happy and active while following strict COVID protocols.

“I'm a coach myself and have coached for many years, and the kids love games,” said Matthews. “Just the ability for them to actually have games and have some sort of competitive game and see their competitive nature come up, I think can be really fun and it’s going to bring a whole new energy to our spring league season, which has kind of been lacking – kids have struggled with motivation a little bit. They've had a good outlet with sport, but it's not the same. And I think this will make it a lot more enjoyable.”

The WVFHC will reintroduce scrimmages this weekend, said Matthews, with the aim of having a full slate of league games up and running the following weekend.

Tuesday’s announcement set out a clear road map for the return of sports, with a gradual loosening of restrictions on outdoor and indoor activities and spectators over the summer, leading to a return to near pre-pandemic levels in early September. The phased approach to the return of sports is dependent upon COVID numbers continuing their downward trajectory, but it is helpful to have the road map laid out so clearly for this latest reopening, said Nicholas Van Dyk, president of the North Shore Baseball Association.

“I think the best thing that came out in the announcement is that it's a clear path towards a full reopening,” said Van Dyk. “As a sports organization it allows us to plan over the next several weeks and months, rather than sort of the more nebulous approach that was taken previously.”

NSBA has a full slate of games already on the schedule for this weekend. Van Dyk, however, reiterated that precautions still need to be taken to ensure return to game play goes smoothly and safely.

“We’re not fully out of the woods yet,” he said. “Do your best to follow the guidelines and ensure that we’re able to progress through the stages that have been laid out. And one of the key things to do that is for more people to get vaccinated, so go get the jab!”

One group of athletes still left waiting in the starting blocks are those who play in high school leagues. There are more layers of approval for return-to-play protocols in schools, and so the school year will end without high school teams returning to the field for inter-school competition, confirmed Chris Kennedy, superintendent of West Vancouver Schools, who has been a vocal advocate for a safe return of sports in school and out. That means there will have been practically no official games played between schools in any sport for the 2020-'21 school year.

“I do feel gutted for especially our Grade 12 athletes this year, who had the spring term of their Grade 11 year and their entire Grade 12 year without sports as we know them,” said Kennedy. “I feel bad for them. But then I'm just so pleased that … sports are returning. It's such a big part of my life, and it's so important to so many kids, so I’m pumped for that. I'm ready. I’m ready to watch kids compete again. Everything points that we're back on full for school sports starting in September, and we're planning that way too.”

It’s been a hard slog for coaches trying to run practices without any contact between players, as well as volunteer league co-ordinators who have been constantly changing game plans to keep up with new COVID restrictions over the past year. But it’s all worth it to have a safe return to game action, said Matthews.

“We’re really happy to get back. We have some players in Grade 11 or 12 field hockey who haven’t played a game for over a year. And we’ve got some U7 or U8 kids that have never played a match of field hockey in their lives. Any coach will tell you the first thing kids ask when they show up is ‘when are we going to play a game?’ And I think for most of our coaches it is a relief for them that they can answer ‘in a few minutes’ as opposed to a few weeks or a few months.”