The Canucks' Adam Gaudette tested positive for the coronavirus on Tuesday.
Mar 31, 2021 6:08 PM By: Daniel Wagner 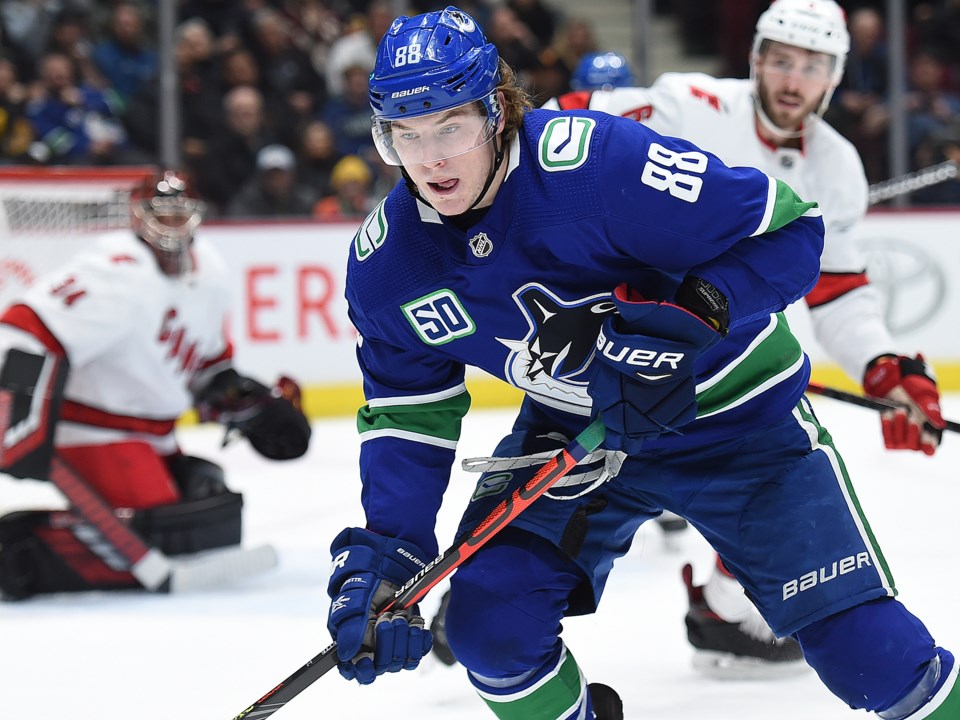 In the wake of Adam Gaudette testing positive for COVID-19, Wednesday's game between the Vancouver Canucks and Calgary Flames has been cancelled. photo: Dan Toulgoet

According to multiple reports, Wednesday's game between the Vancouver Canucks and Calgary Flames has been cancelled.

The news broke less than two hours before the two teams were set to drop the puck at Rogers Arena and comes in the wake of the Canucks' Adam Gaudette testing positive for COVID-19.

The game was initially expected to be played as scheduled, with the Canucks taking their morning skate together as a team, absent only Gaudette and players currently out with an injury.

A similar situation played out last week with the Montreal Canadiens, who had two players go into self-isolation according to the NHL's COVID-19 protocol but were still expecting to play a game the same evening until it was cancelled late in the day.

In the case of the Canadiens, it was discovered that Joel Armia had contracted one of the new variants of the coronavirus, necessitating more caution from the NHL. For the Canucks, the reasoning is different: two players and a member of the coaching staff have entered the NHL's COVID-19 protocol.

The NHL released a statement saying the same, that the game has been postponed due to two players and a coach entering the NHL's protocol but it is unclear at this time if Gaudette is included in those two players or if it is two additional players.

According to Sportsnet's Iain Macintyre, the Canucks had positive results from Wednesday morning's tests. The PCR tests that the NHL uses typically take 24 hours for results, but the Canucks paid to have them expedited, receiving the results shortly before the news broke that the game had been cancelled.

Either way, whether the additional members of the Canucks roster and staff have tested positive or identified as close contacts, further contact tracing and testing may be required before the Canucks can play again.

The announcement so close to game time means the players were already at Rogers Arena preparing to play.