What's up at council this week? (March 1)

An additional storey for Alcuin College in CNV and a women's supportive housing project in DNV both go to public hearing this week
Feb 28, 2021 10:00 AM By: Brent Richter 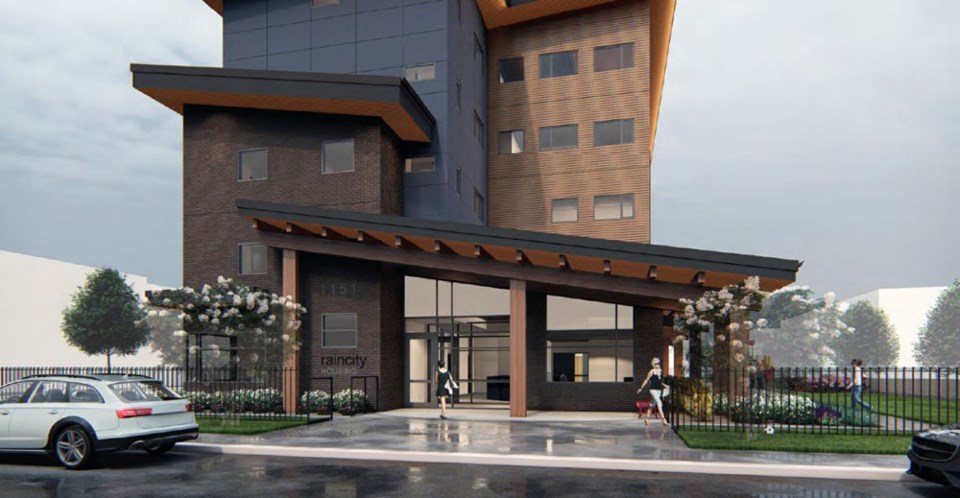 An architect's rendering shows how a proposed RainCity Housing and Support Society supportive housing project will look in North Vancouver if approved by council.BC Housing/Station One Architects

City council has just one item of interest on their Monday night agenda – a public hearing and vote on Alcuin College’s request to add an extra storey to their already under-construction new school at 63 Mahon Ave.

The school’s leadership say the multi-purpose space will be used by students during class time and rented out to the public or offered to community groups in the evenings. Some neighbours, and the developer of an apartment under construction immediately north of the site have been opposing the addition, citing concerns over blocked views, a loss of privacy and noise and parking.

District of North Vancouver council will be meeting as a committee Monday at 7 p.m. specifically to deliberate their 2021 budget. When the budget was introduced on Feb. 9, district finance staff were anticipating a three per cent increase to municipal taxes – two per cent to cover inflation and one per cent reserved for replacing and repairing infrastructure.

The district was scheduled to hold a public hearing for it's proposal to build a 60-unit supportive housing project for women at 1577 Lloyd Ave. That, however, has been rescheduled to March 30.The light industrial land, which is owned by the district, is currently used as a parking lot for a car dealership. Of the 40 or so written comments submitted to the district so far, supporters outnumber detractors by a ratio of about 10 to 1.

West Van council does not meet again until March 8.