What to say to the friend, relative, or neighbour who is vaccine-hesitant?

UVIC prof breaks down why some people believe conspiracy theories around the COVID-19 vaccine.
Apr 1, 2021 8:56 PM By: Jennifer Thuncher 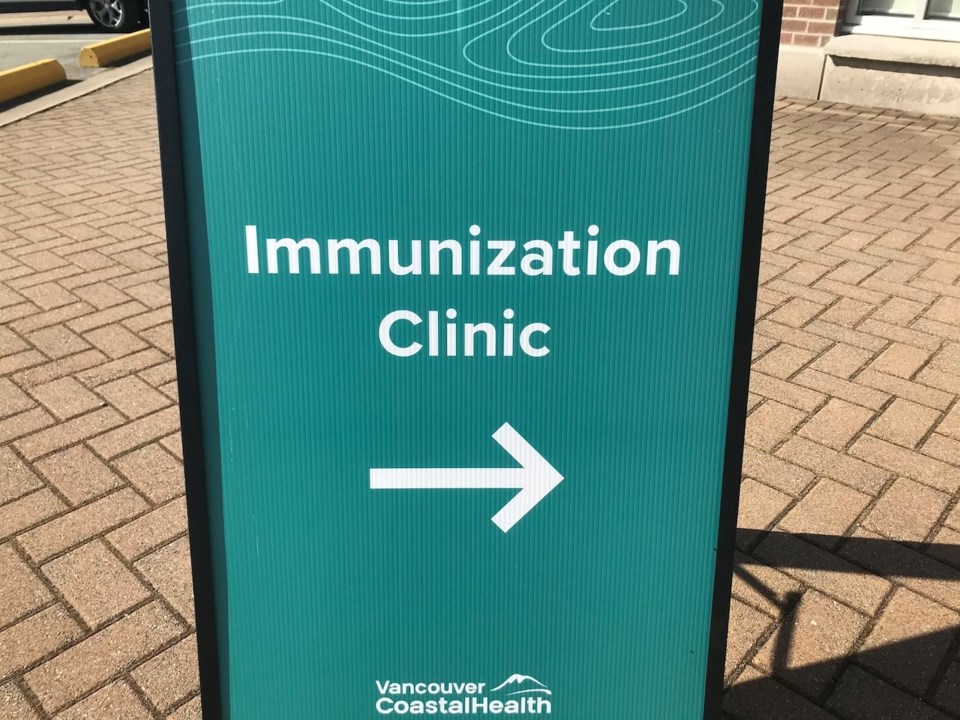 We all know of people, online or in person, who are convinced there is something fundamentally frightening or nefarious about the COVID-19 vaccines.

This isn’t a uniquely Squamish issue.

A recently released study by Environics Analytics found that about 18% of Canadians 16 years or older are “unsure” they will get the vaccine; 69% say they will get it and 13% said “no.”

Smaller town residents and those who live in rural locations in Canada were more likely to be in the “no” camp.

The percentage of the population experts say needs to be vaccinated to reach herd immunity — to stop the spread of COVID-19 — varies from 60 to 90%.

The Chief caught up with University of Victoria Religious Studies professor Paul Bramadat, who appeared (remotely) earlier this week at a conference in Melbourne, Australia to lead a discussion on, among other things, vaccine hesitancy and conspiracy theories.

What follows is an edited version of that conversation.

Q: Can you provide some perspective on where some of the hesitancy around COVID-19 vaccines is coming from?

A: It is tricky because, on the one hand, it seems to be coming from totally legitimate scientifically-based concerns about ingredients or optimal herd immunity or efficacy rates. Those are interesting questions that you might engage your doctor or nurse about, but beneath that surface for some people is this whole other layer of anxieties and distrust in our culture's existing institutions.

We can distinguish between religious and cultural concerns.

There is this idea that you and I are walking around in a world that we don’t really understand. And that there are these people who have pulled the veil off to reveal the “truth.”

It is like in The Matrix. You and I are just walking around the Matrix, not knowing what is going on while these other folks believe they have seen through it.

Of course, some religious folks feel the same way: that they have an alternative religious explanation for the way the world is and how to maintain a healthy body within that world.

Religious reasons for hesitancy are by far in the minority, however. The majority of the people who are hesitant are part of this broader set of cultural concerns — whether it is about government overreach or ‘big pharma’ and so on.

There are these cultural reasons, which on the surface appear to be questions you can answer, but the answers don’t alleviate the anxiety.

So, you could say to someone hesitant to get the shot, “I see that you have a concern about this or that additive.” And then we can say, “That additive hasn’t been used for six years.”

But when we ask if the concern has gone away due to the answer, they will say “No.”

Q: But, if you are First Nations, for example, you have reason not to trust the powers that be due to past treatment. So how do you address that?

A: That gets to a core question of how does a health authority or government accept and acknowledge the fact that there have been centuries of mistreatment of Indigenous peoples — that continues today — while at the same time saying, “While all of those things are true, what is the best way forward? What is the best way to protect your elders and your community so that it thrives? From that, let's see what the options are.”

Because, after clean water and basic hygiene, vaccines have been one of the best interventions in public health in human history. The data is quite clear.

Their complaints and concerns are legitimate, yet if one has to decide how to protect oneself and one’s kids from this particular illness, the science is quite consistent.

Q: With about 20% of people hesitant, do you think the government is doing a good job of addressing fears?

A: They are really working hard with the practices and methods they have been using for a long time. I really respect what they are trying to do.

The government and health professionals, unfortunately, have a natural tendency to rely on more data.

For example, if a patient comes into your office and says, “I have A, B, and C” concern about the vaccine, it feels right to say, “Here’s a pamphlet,” or “Here’s an academic article that shows you that it is a very safe vaccine.”

However, in the book we published in 2017 at my research centre, we found that more data doesn’t always work.

Q: What does work?

A: Three things: developing long-term relationships, developing the capacity to see the similarities between the way vaccine-hesitant and vaccine-positive people think, and finally, increasing transparency.

We know having a relationship of trust works much better.

Training those in health care to see analogies between their way of thinking and thinking of those they are treating who are hesitant can also help.

People in the medical system assume they have a rational approach to their bodies and health, whereas those expressing hesitancy are fundamentally irrational. That may be so in this particular case of vaccines, but if they look at their own lives, they can see that sometimes they too make irrational or wishful thinking-type choices.

Someone may say they are a strong environmentalist, for example, but drive an SUV or not recycle everything.

We all have these inconsistencies, magical and wishful thinking experiences in our lives.

So, if you can get folks to pay attention to that, that helps.

Say someone says they don’t trust the government or the pharmaceutical companies and think they are covering things up, then if we can increase transparency, that might also help.

The problem is that all that I just mentioned is expensive; delays in vaccinating have real public health consequences; and, governments and corporations are uneasy about transparency for political and financial reasons.

Thanks to what happened in 2020 in the U.S., the polarization around vaccines is quite extreme. So, it is quite hard to have a rational conversation that might last more than a minute.

Q: What do you personally say if someone says they won’t get the vaccine because they believe a conspiracy theory?

A: I ask them where their concern, anxiety, or hesitancy comes from, and I listen to what they say. On the surface, the reason may have to do with the ingredients or the adverse effects or whatever, so you try to respond to those reasons with facts and data and so forth.

The more interesting thing then to ask is “Do you fundamentally feel that this world or society is trustworthy, is reliable, or has your interest at heart?

Then, that is the deeper issue.

I then acknowledge that I see their perspective and don’t necessarily disagree about the injustices they see around them. But then I may say, “Right now, we are in this very particular situation with this very particular illness that we understand way better now than we did a year ago. We have these practical responses that appear to be very safe and effective. Can we work together to battle those other injustices — that is a long-term project — but at the same time address the wolf at the door — COVID-19 — that we have vaccines to help us with?

Q: Thinking critically is a positive attribute for citizens in a society, but we don’t want people throwing the baby out with the bathwater. How has it gotten to this stage of distrust of the vaccine?

A: One of the challenges is, if you got on an airplane, you don’t say, “I want to meet the person who put gas in this thing,” or “I want to meet the engineer. Was he drinking? I want to have some confidence that when I am 30,000 feet in the air that the plane won’t fall from the sky.”

We don’t do that. It would be ridiculous. We farm out our critical thinking in many cases to experts or regulators.

So, we can draw attention to the ways in which we all go about our lives on the basis of a level of trust and faith that the world is somewhat predictable.

The problem is that the social media environment in which many of these conspiracy theories are shared thrives on engagement and thrives on anger and strong affect. I think people who are vaccine proponents need to be involved on that level, too. To turn the volume down so that consumers of this media can develop the capacity to step back a bit.

Also, we need folks to turn for advice to those with training in the kind of data we are talking about — ask their doctor about some of the things they are hearing.

We have to be sensitive to the fact that people are reading some of these theories or concerns in a media environment that is absolutely opposed to slow, rational, cautious thinking. That is not what social media is good for. Once the algorithm detects that you are interested in these concerns, that is all you are going to see.

The hope is the success of the vaccines will bring people around. People with a lot of concerns will see their 80 neighbours got vaccinated and are OK.

The fear is that people exist in silos surrounded only by those who think like themselves.