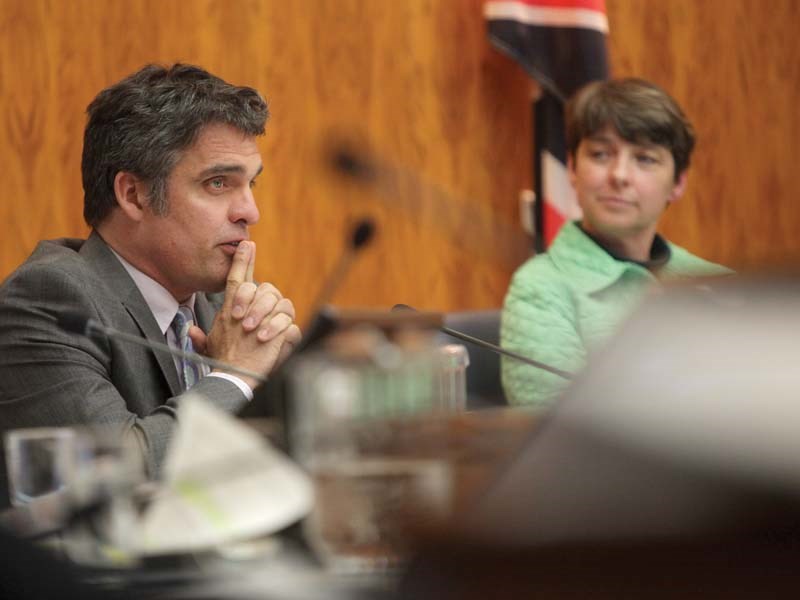 West Vancouver residents can expect to see their municipal tax rates creep up 4.45 per cent this year.

West Vancouver council narrowly passed its 2017 budget Monday night bringing with it a two per cent hike to cover inflationary costs in its operating budget and a 2.45 per cent levy to cover depreciating assets.

Together, staff estimate that will push the tax bill of a median household assessed at $2.8 million up by $148, although TransLink, school taxes and Metro Vancouver utility fees are additional.

The City and District of North Vancouver budgets are going up by 2.5 and three per cent, respectively.

Coun. Nora Gambioli and Mayor Michael Smith voted against the budget, in part, because of the 2.45 per cent asset levy.

“I just think that, of course it’s reasonable to maintain our assets. I think we can tighten our belt this year a little more and I would have liked to have seen less than 2.45 per cent,” Gambioli said.

Mayor Michael Smith agreed, and warned that residents can also expect stiff increases from the transit authority, schools and Metro.

“I think we have an obligation to keep our tax increases to the rate of inflation, the cost of living increase,” he said. “That should be a challenge to this council and our staff to raise that money elsewhere.”

He pointed to council’s 2016 rejection of the seven-storey residential building at the Masonic Hall site in Ambleside that would have generated $1.6 million for the district, which is more than the 2.45 per cent levy would generate.

“I feel we should be using our assets, culling out the ones that aren’t required or that take too much spending to maintain and use our zoning density and other density – we have a lot of land still – to create additional sources of revenue so that we’re not dependent totally on property taxes.”

The majority on council believed the levy was required.

Among the capital assets due for an upgrade are five public washrooms “that have not been touched for ages – that our residents are constantly bringing to our attention,” noted Coun. Mary-Ann Booth.

“I think it shows how woefully deficient our capital allocations have been in the past,” she said. “It’s a tough pill to swallow. I sympathize with people. We’re all in the same boat but we’re doing the best we can to manage this district so we can deliver the services at the level residents expect.”

Coun. Craig Cameron too said council has a lot of lost ground to make up for when it comes to setting aside money for maintenance.

“It has been said and it needs to be said again and again and again. The asset levy increase represents us making up for a legacy over the past decades of underfunding our asset maintenance,” he said.
Coun. Bill Soprovich pressured senior staff on why the district would be taking on more employees, even as the municipality’s population is declining.

West Vancouver takes a very conservative approach to hiring staff, chief administrative officer Nina Leemhuis responded, and every department manager is asked to consider whether every vacant position can be eliminated through attrition before it is filled. New hires also tend to be in departments that also bring in revenue, like in planning, Leemhuis added.