The District of West Vancouver has decided to move forward with an enhancement plan for Klee Wyck Park which will see the historic house and art studio on the site demolished.
Dec 8, 2020 4:04 PM By: Elisia Seeber, Local Journalism Initiative Reporter 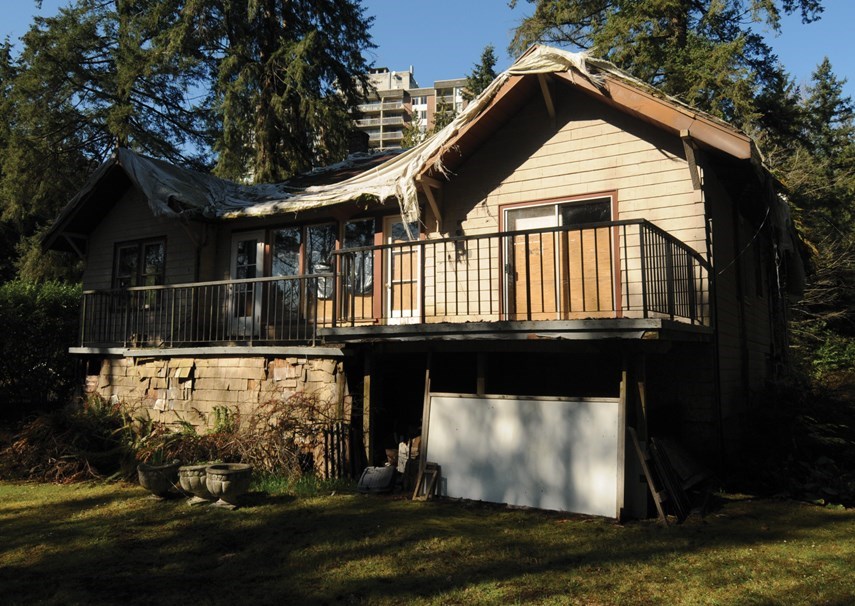 The District of West Vancouver’s historic Klee Wyck house and art studio will be demolished early next year to make way for a revitalized park for the community to explore and enjoy.

It took council almost four hours to decide on the matter at the Dec. 7 general meeting, but in the end, councillors voted unanimously to move forward with a short-term plan to demolish the old buildings and enhance the 6.2-acre park that borders the Capilano River, at 200 Keith Rd., which has deteriorated over the years.

Dr. Ethlyn Trapp, a renowned doctor and patron of the arts, bought the property in 1942 and was the last owner of the site, which has a history dating back to 1925, before gifting it to the district in 1960.

The site was "deeded to the district for purposes of a park, nursery garden, playground or other public recreation."

It was Trapp's home until 1972 when she passed, and then, for many years, it was a much-loved community site utilized for the arts. In 2013, the main house and studio were closed because of their condition. Over the years, the district has received a lot of criticism from the public for allowing the buildings to rot.

The district said the house deteriorated to its current state because, before 2015, councils of the day allocated funding to the best of their ability on a priority basis, and Klee Wyck was one of the properties left behind.

Most of the council believed the new plan was a way to “take responsibility” for past councils’ lack of action and a way to move forward that would respectfully honour Trapp’s legacy.

"Former councils spent very little money on this property, but we cannot rewrite history," said Coun. Nora Gambioli. "We are the only council and staff who have taken responsibility and are making these challenging decisions now. ... This is an excellent plan to finally create a public park and to commemorate Dr. Trapp and her father."

Council approved the plan, created by the arts and culture subcommittee, with an amendment to one of the motions put forward by Coun. Peter Lambur to explore opportunities to replace the historic building with a new community facility in the future. An arts facility has already been ruled out by the subcommittee, given the site’s location and West Vancouver’s arts needs.

Fifteen people, including community members and relatives of Trapp from across Canada, spoke at the general meeting, with some giving heartfelt speeches of their memories and others stating the district’s plan violates the 1960 trust agreement.

The family wanted council to defer its decision to demolish the house and studio, so they could hire an expert to do one last building assessment before it is destroyed – in the hope it would favour restoration.

“We feel that it’s necessary to adhere to the 1960 agreement Dr. Trapp entered into with the district that clearly stated that both the premises and the land should be ‘kept, developed, and maintained, in perpetuity,' ” said Rosina Smith, speaking on behalf of the family, before the council meeting.

However, Mark Chan, the district’s deputy chief administrative officer, said the district had no legal agreement to keep the buildings on the land, and the actions in the plan were “permissible and pursuant to the agreement with Dr. Trapp.”

Chan said a building assessment and independent structural engineer report had been completed, which concluded the properties were unsalvageable and unsafe for anyone to enter.

He also highlighted the estimated cost to restore Klee Wyck house would be around the $3 million mark, comparing it to Navvy Jack House, which is smaller and in better condition, and is estimated to cost $3.5 million to restore.

At one point during the meeting, the family almost had their wish for a building assessment granted. Coun. Sharon Thompson advocated strongly for the council to give the family their final peace of mind.

Coun. Marcus Wong put forward an amendment to allow for a four-month extension on the demolition to allow the family time to have an expert conduct the assessment, but later withdrew it after hearing staff would not be able to comply with the motion, given the advisement that entering the building is unsafe.

Coun. Thompson said the decision not to allow the family their final wishes was “so disappointing” and the district “owed them that courtesy.”

While other councillors viewed letting the building go as a positive step in the right direction for the community.

The short-term park plan includes basic landscaping to improve and enhance the site, removing four old greenhouses, creating pathways through the gardens, consultations with residents about community gardens, and a review on whether trails at the park can connect to the Capilano Pacific Trail.

In tribute to Trapp, interpretive signage will be installed to commemorate her story and history.

Mayor Mary-Ann Booth said it was a “historic evening” for the longstanding and important community matter.

Booth apologized for the length of time it took for council and the district to decide what to do with the Klee Wyck property.

"This is a momentous occasion, and the good news is that something that has been left to the district to be a park is actually very suitable to be a park," she said, having stated throughout the meeting that the main house was simply beyond repair.

"From what I read in the book [A Life Not Chosen by Stuart Jackson], I think Ethlyn Trapp would be pleased to be honoured this way."

The district has $320,000 reserved to support the short-term plan.

The site will remain as a local park, and future maintenance costs will be included in the park's annual operation budget.