West Vancouver homeowners are looking at a 6.11 per cent increase in their municipal property tax and utility bills in 2020. For the owner of a property assessed at the $3.
Dec 18, 2019 12:00 PM By: Brent Richter 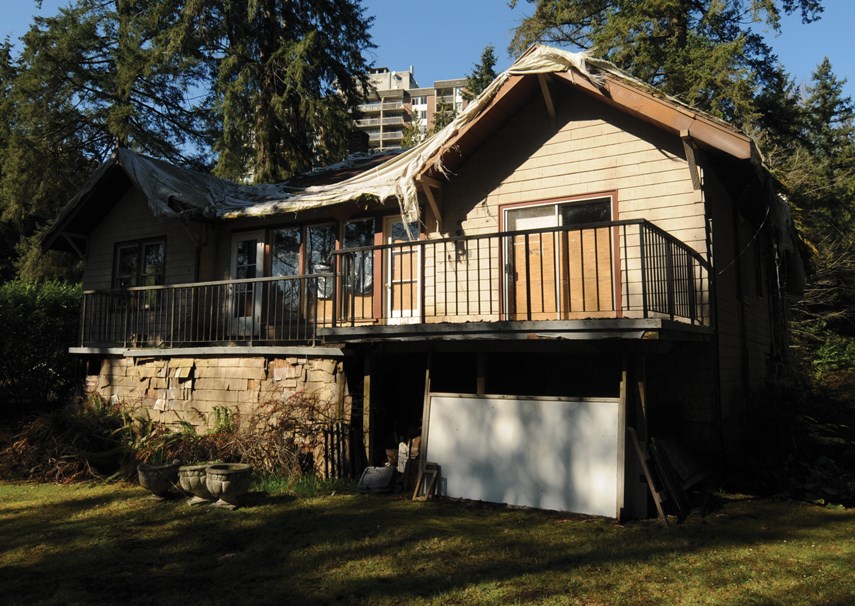 West Vancouver homeowners are looking at a 6.11 per cent increase in their municipal property tax and utility bills in 2020.

For the owner of a property assessed at the $3.35-million average, district staff are projecting a bill of $7,238, up $417 over 2019, according to a preliminary budget document presented to council Monday night.

Revenues from permits and the district’s investments have been down by close to $1 million in 2019 and the municipality is facing higher costs due to negotiated wage increases and growing utility bills.

Of the total increase, 4.66 per cent will go towards the operating budget as a result. District staff have also requested funding for eight new full-time positions in trail maintenance, policing and planning as well as a business manager.

After years of operating with no understanding of how their $1 billion in capital assets was holding up and no plan for how to replace aging infrastructure, council voted in 2016 to create an annual asset levy.

But even with a 1.5 per cent ($14.5 million) levy to fix or replace aging infrastructure, the municipality is still more than $13 million short over the next two years due to a move by previous councils to defer maintenance.

To remedy that, staff suggested council borrow from its own reserves to fund the shortfall over the short-term, and then fill the reserves back up again with future years’ asset levies.

Among the items listed for immediate attention: $150,000 to demolish the home and garage at Klee Wyck Park, $900,000 to design a replacement for the Nelson Creek Bridge which is currently “delaminating” and having chunks fall into the ravine below, and $250,000 to rehouse the services the district used to offer at its Ambleside youth centre.

New to 2020’s asset levy is a one per cent increase specifically for maintaining natural assets and responding to climate change. That is expected to add another $48 per year onto the average homeowner’s tax bill.

Coun. Bill Soprovich lamented the “never ending story” of the district’s costs going up, mostly due to labour costs. “I got an earful this week and not too many people are accepting a 6.11 per cent increase in taxation, I assure you,” he said. “With the amount of money that we have left after salaries and benefits, we’re never going to have enough money to run this community properly.”

Mayor Mary-Ann Booth countered that fundamentally, the district is a service organization and it is to be expected most of its costs would be spent on people to provide those services.

“You’re really looking at about $20 a day [per homeowner] for everything that’s provided by the municipality – parks, fire, police,” she said. “I ask everyone to consider the value proposition of that, because I think that’s pretty good value for the quality of life our community enjoys.”

Booth added she was pleased to see the asset levy. When previous councils committed to zero per cent tax increases, it meant letting some things slide. The upshot was residents complaining about things like the “really disgraceful” state of public washrooms on the waterfront.

Unlike most municipalities, West Vancouver is almost exclusively reliant on residential properties (97 per cent) to fund the budget, instead of more lucrative commercial land (three per cent) or industrial land, of which the district has none.

Coun. Marcus Wong questioned whether the district was doing enough to find other sources of revenue to offset the costs that homeowners shoulder.

Isabel Gordon, director of financial services, noted other municipalities bring in a lot of revenue through pay parking, casinos, land sales or “encroachment agreements” whereby residents are charged for using municipal owned land. But it would be up to council to decide whether those are tenable ideas in West Vancouver, she said.

Water rates, meanwhile, are expected to climb by 4.75 per cent or $33 based on median household usages, while the sewer costs are going up 8.96 per cent, or $97. Garbage and recycling pick-up will come in about $9 per year cheaper in 2020.

Gordon said the district hasn’t received the final assessment rolls yet but indications are there won’t be major fluctuations in property values compared to last year.

Council will be doing consultations on the financial plan starting in January with an aim to bring it to council for a vote in March. Booth said she expects council will find ways to winnow down the size of the tax increase in that time.