The District of West Vancouver has launched a court prosecution against a landowner who felled two Norway maple trees on municipally owned land, despite being denied permission to do so.
Dec 14, 2017 8:22 PM By: Jane Seyd 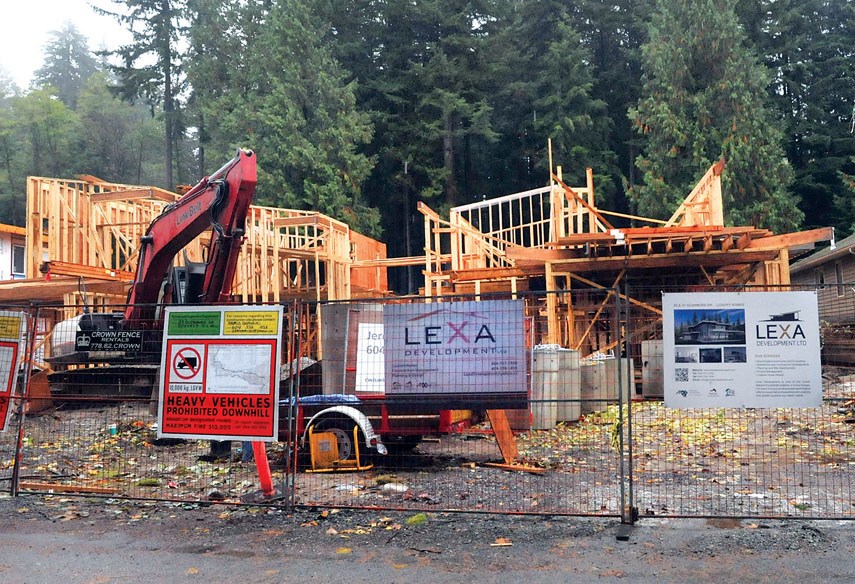 The District of West Vancouver has launched a court prosecution against a landowner who felled two Norway maple trees on municipally owned land, despite being denied permission to do so.

This week, municipal lawyers swore four charges against Lexa Development for cutting the trees on district land adjacent to a construction site at 29 Glenmore Dr. in October.

The trees were chopped down shortly after the builder applied for – and was denied – a municipal permit to do that.

Normally, the district could only issue fines of up to $1,000 per tree.

But pursuing the tree cutters under the Offence Act in court allows for higher fines – of up to $10,000 per conviction. Going after the tree cutters in court required a vote of council to approve that course of action, said Donna Power, spokeswoman for the municipality.

Power said West Vancouver has only done that once before – when it went after owners of a property on Chelsea Close who dumped truckloads of fill on their land without proper approvals, and despite a stop work order in 2013.

The District of West Vancouver took the couple to court to prove the illegal landscaping caused a landslide that sent sediment into a tributary of Rodgers Creek on March 21, 2013. They were eventually convicted and handed a fine of $100,000.

In the recent case, the two Norway maple trees – both about 14 metres (42 feet) tall, one with a diameter of about 60 centimetres (2 feet) across – were cut next to a recently subdivided lot on Glenmore Drive, where two new homes were under construction.

The developer of the property had recently applied to the municipality for permission to remove the trees. But that permit was denied by the district, after staff determined the trees were healthy and the existing access was sufficient.

District staff received calls from residents on Oct. 17 reporting that the trees on the public boulevard were being cut down. But by the time enforcement staff arrived, the trees had already been axed.

Soheil Mohammadi, one of the company owners, said Thursday he was seeking legal advice on the issue and couldn’t comment until he spoke to a lawyer.

In another West Vancouver case this summer, months after a property owner on Southridge Drive was denied a permit to limb public trees to create views of the ocean, an arborist took matters into his own hands and chopped the trees anyway, taking out branches in the middle sections of four 30-metre fir trees.

The municipality eventually fined the owner of the tree-cutting company that did the work $1,000.