The District of West Vancouver is seeking a court order to force the demolition of a house it alleges was built without proper zoning, permits or inspections. Council voted unanimously in June to put notice on title for the home at 733 20th St.
Oct 24, 2017 8:00 PM By: Brent Richter 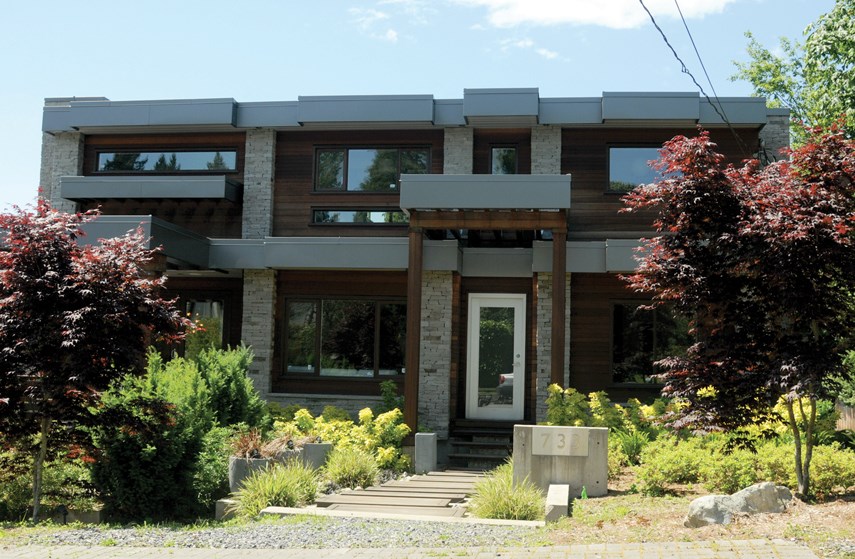 The District of West Vancouver is seeking a court order to force the demolition of a house it alleges was built without proper zoning, permits or inspections.

Council voted unanimously in June to put notice on title for the home at 733 20th St. and, in July, directed their lawyers to commence court action against Philip Garrow and Raven Garrow (also known as Raven Flello), the home’s registered owner.

A petition filed by the district in B.C. Supreme Court last week seeks an injunction “requiring the respondents to demolish and remove the new dwelling and all accessory structures from the property within 60 days of the date of this order.”

If the Garrows don’t comply, the district is seeking permission to carry out the demolition themselves with the costs being handed to the home’s owners or added to their tax bill.

Under the Community Charter, if those costs go unpaid, a municipality can seize the property and sell it at a tax auction. The property was last assessed at $2,956,000.

In October 2013 Philip Garrow applied for and later received a permit to renovate the existing small home on the property and build an addition and garage, the petition states.

In early February 2014 the district received a complaint the home was being demolished without any permits granted.

“District staff posted three stop-work orders on the property – on March 20 and 21, 2014 – all of which were removed from the site without authorization,” the petition states.

The home’s registered owner, Raven Garrow, submitted alternate plans, but those were rejected based on encroachments on the district’s required setbacks.

“On April 4, 2017, district bylaw and planning staff attended the property in response to a neighbour complaint, and found that a new residential building had been constructed on the property. … Staff observed furniture and lighting on inside the new dwelling and luxury vehicles periodically parked in the garage. Almost none of the inspections required during the construction of the new building have been conducted or completed and no occupancy permit has been issued for the new dwelling,” the claim continues.

The home also had numerous deficiencies, including “health and safety issues such as mould from prolonged basement flooding and electrical hazards,” the district’s court documents state.

Philip Garrow, however, said the house is legal and that it complies with a building permit the district issued in 2014.

“The house, as it was constructed, has been signed off by every type of engineer, be it structural, geotechnical, building envelope, mechanical, ventilation, standing water. And all of the required and requisite schedules that are needed for a house to confirm that it has been built safely and built according to code are on file, both with the district and with us. So any suggestion that the house is somehow deficient or unsafe or built incorrectly is just not a tenable position,” he said.

Garrow said he and Raven intend to have their own petition seeking a declaration that the home is legal, to be heard in conjunction with the district’s application.

“If we’re proven to be incorrect or if a judge deems that position is incorrect or is in error, then our further remedy would be obviously to remove any non-conformities in relation to the house and make sure that it’s in compliance with the permit that is deemed to be valid,” he said.