A citizens group appointed by council to come up with recommendations for a new tree cutting bylaw in West Vancouver expects to present its preferred options by the end of March.
Dec 18, 2017 9:47 AM By: Jane Seyd 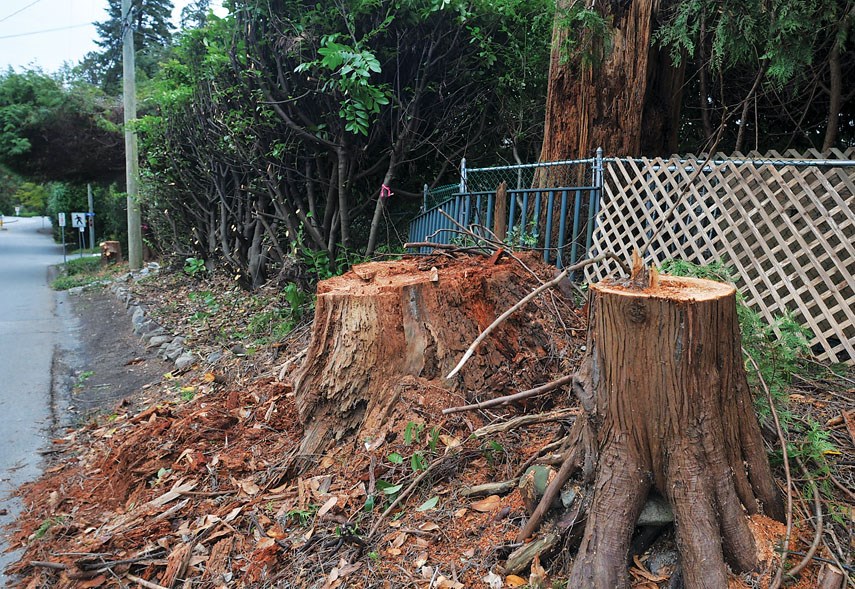 A citizens group appointed by council to come up with recommendations for a new tree cutting bylaw in West Vancouver expects to present its preferred options by the end of March.

Members of the 10-person committee presented a summary of their work to council Dec. 11, acknowledging a large public interest in the topic.

But a large public interest doesn’t mean residents are united on the approach they favour.

According to a recent public survey, answered by more than 400 people, 55 per cent favoured some kind of protection for trees on private property. But another 45 per cent either didn’t favour tree-cutting regulation, or weren’t sure about it, said committee members.

An interim tree bylaw was put in place by council last April in response to residents’ concerns about clear cutting of properties.

Residents who showed up to voice their opinions at that time revealed deep divisions in opinions on the topic.

Since then, the citizens group has been gathering information about tree bylaws in place in other municipalities, as well as gathering community input at public open houses and through surveys.

Both councillors and members of the committee acknowledged the topic of tree regulation has been under discussion in West Vancouver for decades.

“I get a lot of people questioning when it’s going to come forward and what’s going to happen,” said Coun. Bill Soprovich.

Originally, the committee was to report back by the end of this year.

However, committee members told council they will need until the end of March to finish their work and make recommendations.

They said it’s too early to say what those recommendations will look like.