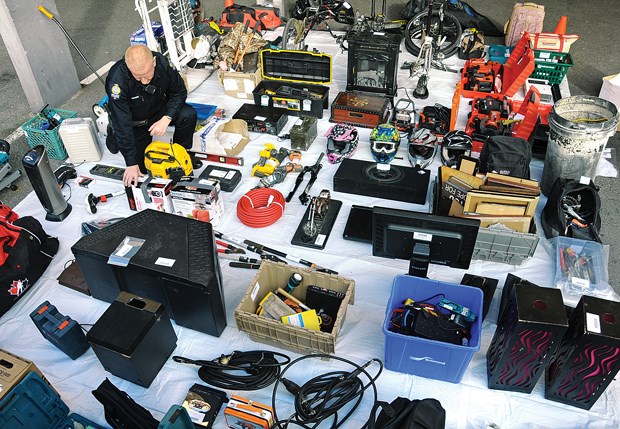 West Vancouver police have arrested two men they say are connected to a cache of stolen construction materials missing from across the Lower Mainland.

They watched as the two men broke into a storage locker at a Richmond construction site on Jan. 24.

Police then executed a search warrant at a Vancouver storage locker and uncovered hundreds of items they suspect are stolen, ranging from expensive tools to bike helmets and reams of wire.

The most expensive items were likely worth around $400.

Police have already returned 40 items to their owners and are hoping notifications on YouTube and Facebook will result in more tools ending up in their rightful boxes.

Additional charges may be added if more of the items can be identified, according to Palmer.

Palmer also recommends anyone in the market for used tools maintain a healthy skepticism when offered clearance sale prices.

“If a bargain seems too good to be true, it might be somebody else’s stuff,” he said.