After years of bulking up, houses in West Vancouver may finally be slimming down. West Vancouver council unanimously supported new rules meant to set limits on the district’s increasingly palatial houses at a council meeting Monday.
Apr 24, 2016 6:11 AM By: Jeremy Shepherd 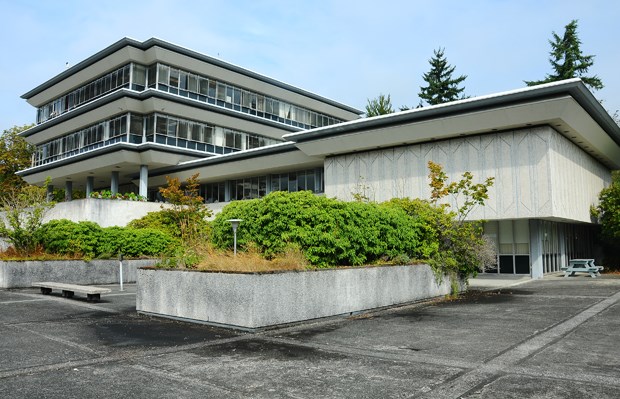 After years of bulking up, houses in West Vancouver may finally be slimming down.

Presently, a homeowner can double the size of their house by consolidating two equal-sized lots. The new regulations would change that, limiting a new home’s total floor size with a formula that takes into account what could be built on the smallest lot in the neighbourhood.

The new rules are needed, according to former councillor Rod Day, who noted there have been nine lot consolidations in the past six years.

“There may have only been nine … but they’ve been stupendously awful,” he said.

The issue has been gaining attention in West Vancouver as both developers and others snap up lots with older homes, then tear those houses down and build much larger houses on the property, commonly known as ‘monster homes.’

The district is in the midst of a “bulk housing crisis,” warned Dundarave architect Katie Hlynsky.

While new limits on maximum house size may cause property values to dip, Hlynsky said the reverse could also be argued.

“Without trees and landscaping, and in the making of a typical suburbia on steroids, nobody will want to live here.”

“Private property is still pretty sacred in Canada and I do believe it needs to be respected,” he said.

The new rules on housing bulk introduced Monday include measures to ward off erosion and shore up slope stability by calling for the retention of trees and vegetation “where possible and practical.”

The bylaw calls for landscape contractors to submit plans to the district.

“So far, so bad,” judged former councillor Michael Evison, who said it should be district staff’s responsibility to regulate and enforce those measures.

Besides new limits on house size, the district is hoping better fence bylaws will make for better neighbours.

Under the new bylaw, the height of a fence, previously unregulated, would be no higher than four feet in the front yard and six feet around the side and back yards in neighbourhoods characterized by smaller homes.

Neighbourhoods with larger homes will generally be permitted fences six feet high in front and eight feet high around the house.

Tall fences are often the only recourse for homeowners who look out the window and see a looming “monster house,” according to Hlynsky.

“In speaking with people who live next to these sites, they feel annihilated and isolated,” she said.

Some builders are ignoring district character and topography while constructing houses the size of rec centres, according to Hlynsky.

“The result is the need for a very large fence,” she said.

If two neighbours don’t like each other, a variance could be provided to allow a taller fence between the properties. Barbed and razor wire is expressly forbidden.

The new bylaws are scheduled for a public hearing May 16. Council would need to grant final approval before the rules become law.

During three years of debate about housing bulk at least 150 houses have been built, according to Coun. Nora Gambioli, who discussed the issue last December.

“By the time we see a bit of light at the end of this tunnel we are talking perhaps 600 new homes. ... Every day matters.”

The spate of tear-downs has diminished the district’s culture, according to Barbara Hunter, a director of the West Vancouver Historical Society, who addressed the issue at a 2015 public hearing.

“West Vancouver is one of the best places in the world to live, not just to invest,” she said.

During Monday’s meeting district council also passed a bylaw to protect trees on public boulevards. The bylaw bars fences on boulevards except for retaining walls needed for slope stability or driveway access.