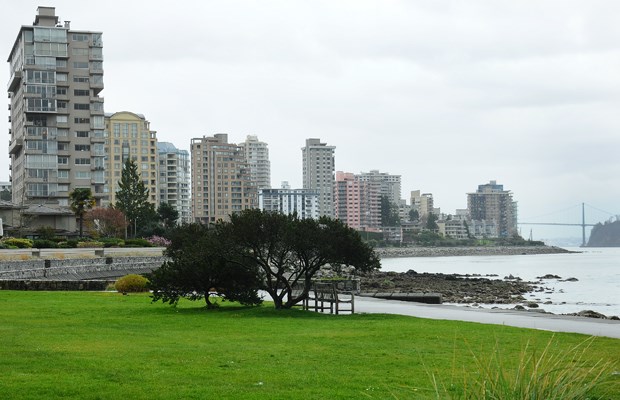 The future isn’t what it used to be in West Vancouver.

While it has been long known as an enclave for the most expensive homes in Canada, district council is considering rewriting their official community plan this fall to create a denser, more diverse, and more affordable community.

With no respite in sight from the real estate gold rush and the district on pace to get older and more populous, West Vancouver needs to redefine itself, said Coun. Mary-Ann Booth.

“I’ve had a lot of people talk to me about housing affordability in West Vancouver, and they sort of say it with a bit of a chuckle, because West Vancouver has a reputation for being very wealthy, very unaffordable,” she said. “Let’s not live up to our reputation that this is just for the ultra-rich.”

With staff projecting a four per cent decline in residents younger than 25 by the year 2041, Booth suggested coach houses and secondary suites are “a small price to pay” to keep young residents in town.

West Vancouver’s population of children plummeted from 38 per cent of the total to 21 per cent between 1961 and 2011. On the flip side, West Vancouver’s retiree segment is expected to grow by 72 per cent by the year 2041, according to staff projections.

New density could be targeted at Marine Drive near Park Royal, the Taylor Way corridor, Ambleside, Cypress Village and Horseshoe Bay, according to staff.

The district should also consider Dundarave, Caulfeild Village, and the surrounding areas of Rockridge secondary and Cypress Park elementary as density recipients, according to Gambioli.

But Coun. Christine Cassidy was unimpressed with the prospect of adding coach houses to Ambleside.

“Isn’t it counter-productive that you’re going to push this density into this neighbourhood, and … probably drive up the price of single-family homes in that neighbourhood?” she asked.

While she supported housing diversity, Cassidy was leery of the word affordability.

In West Vancouver, approximately 55 per cent of renters are living in unaffordable housing – defined as spending more than 30 per cent of household income on housing.

While adding different types of housing gives new buyers and renters “a chance to get their foot in the door,” all the diversity will be for naught unless the district institutes safeguards to “avoid rampant buying and quick flipping,” Cassidy said.

“I do hope, as a community, we just don’t bandy about the word affordable, that we actually act to put it into effect.”

Besides the district’s chief administrative officer, “maybe 10, 15 others would be the only ones to respond in a three o’clock in the morning earthquake when the bridges were down,” said Soprovich.

Mayor Michael Smith stressed the need for community evolution. “The world moves on and West Vancouver has to move on as well,” he said.

Smith reflected on the day his family moved to a largely undeveloped West Vancouver in 1955.

“I often wonder whether the residents of the time really should have had the right to say, ‘Well, we like West Van just the way it is and we don’t want it to change.’”

The district could employ various methods to steer the market, noted Smith, who suggested there could be controls based on how long a buyer has lived in West Vancouver and whether they’re employed by the school district or the municipality.

“For the vast majority of us – and I would include myself in that – there’s no way we could afford to live here. We lucked out.”

The real estate market is reshaping and “ultimately distorting” West Vancouver, according to Cameron, who said change was unavoidable.

“Doing nothing will mean that we go to a survival of the fittest kind of community and we end up being an enclave of one demographic,” he said. “Personally, I don’t share that vision. I think it would be an incredibly impoverished community if that’s the road we took.”