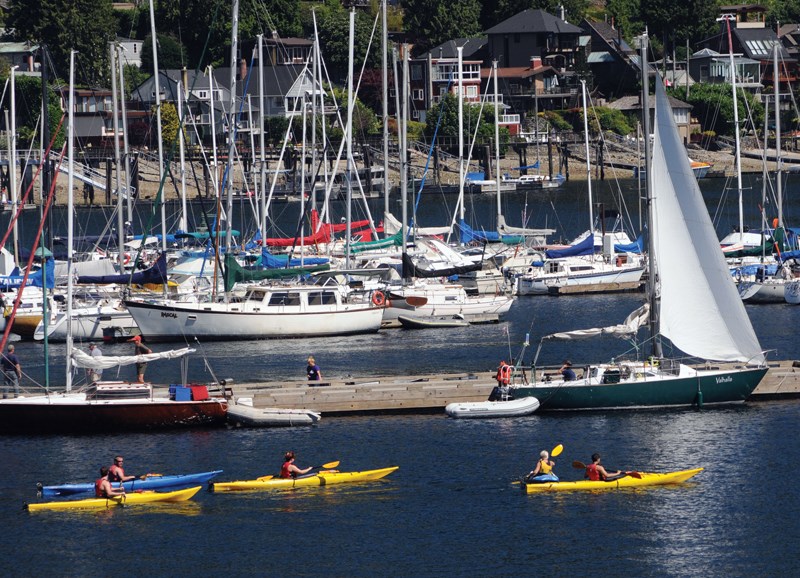 The North Shore’s hot, dry summer is expected to continue through the Labour Day long weekend, after the mercury already hit over 30 degrees this week.

The end-of-August heat wave capped a month where “everywhere across the province had warmer than normal temperatures,” (with the exception of the far north), said Cindy Yu, a meteorologist with Environment Canada.

Then there’s the “dry” part of hot and dry. Rain fell only twice during the month – 14.6 millimetres of it on Aug. 13 plus a brief shower through parts of the North Shore Wednesday afternoon. July saw less than 5 mm of rain fall on West Vancouver.

While temperatures dipped mid-week, this weekend should see summer weather continue, with another high-pressure ridge building and temperatures expected to hit the high 20s again by Sunday and Monday, said Yu.

All that heat resulted in a day with one of the highest demands for Hydro use across the province on Monday, as residents ran their air conditioners and switched on fans to cool off.

BC Hydro set a new record for summer power consumption Monday evening when peak hourly demand – the hour that customers use the most electricity – reached 7,851 megawatts.

The new summer record breaks the previous record set on Aug. 11, 2014 of 7,468 megawatts by almost 400 megawatts. It is the second power consumption record broken this year. On Jan. 3, BC Hydro recorded the highest ever peak hourly demand at 10,126 megawatts.

Summer power tends to peak later in the day than winter consumption, said Susie Hill, BC Hydro spokeswoman. “People decide they’re going to do things it was too hot to do earlier in the day.”

Despite the heat, the North Shore’s Capilano and Seymour water reservoirs remain in good shape. Reservoir levels were at 61 per cent of normal on Aug. 27 – well within the normal range, said Metro Vancouver spokesman Greg Valou.

So far this summer, the peak demand for water was on Aug. 2, when Metro Vancouver residents and businesses showered, flushed, and sprinkled their way through 1.6 billion litres of water.