West Van says no to B-Line past Park Royal 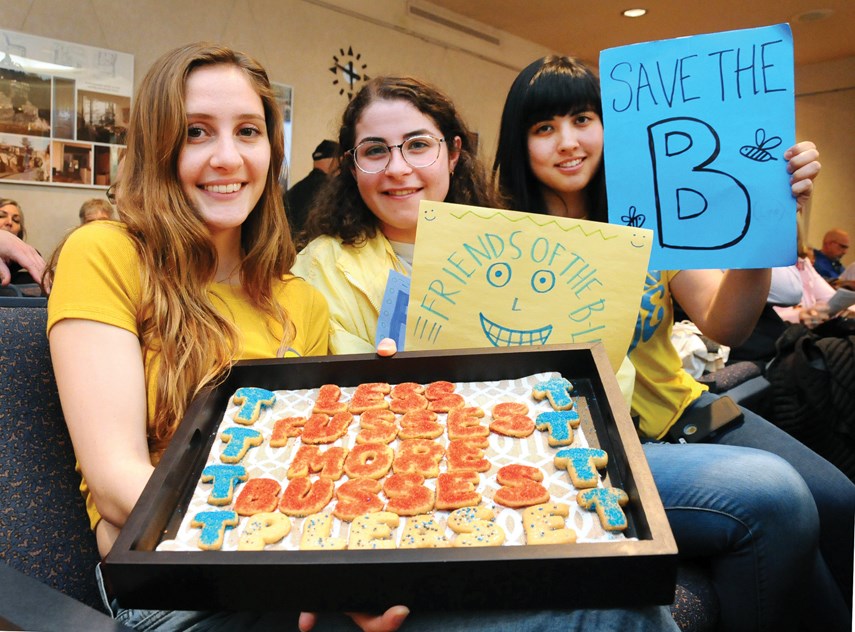 When the North Shore B-Line begins service next year, Park Royal will be the end of the line.

But West Van will leave the door open to a potential “B-Line Light,” as Mayor Mary-Ann Booth termed it, sometime later than 2020, as long as it steers clear of any of the main points of contention raised by residents and business owners.

Any future bus service would be subject to a number of constraints council put in place at its March 11 meeting: that it not pass by any schools and not be given any bus priority lanes through the Ambleside business district, that it minimize the loss of street parking and that it minimize the impacts on residential neighbourhoods.

“That’s a pretty tight sieve when you consider all those criteria with respect to considering options that would go beyond Park Royal,” said Ray Fung, director of engineering and transportation for the municipality. “I have to say TransLink has indicated with the present level of data, that there are still speed and reliability concerns.”

Fung added, TransLink has also indicated the B-Line’s launch will likely be delayed from the fall of 2019 to early 2020, which would give staff time to do more of the research necessary for any possible expansion.

While council has made its decision not to accept the B-Line past Park Royal in the short term, the district may pursue some of the traffic flow improvements TransLink included in the original plan - restricting left turns at several intersections of Marine Drive and adding left-turn lanes at others. The district hired its own traffic consultant to independently research what upgrades should be made. Other suggestions include signal upgrades and painting vehicle stalls on the road now to make parallel parking more orderly and less likely to stop traffic on Marine.

Staff are expected to report back on those options in 2020, with some potential funding sources for the approximately $1.2-million cost.

Council’s vote followed a briefing by staff tabulating the thousands of pieces of input received via email, a phone survey, direct mail-outs and stakeholder meetings, since public consultations began. While consultations found a clear majority were opposed to the B-Line, largely because of concerns the new bus lanes would worsen congestion on Marine Drive, there was less opposition than council was led to believe, Coun. Nora Gambioli said. Gambioli called council’s March 11 motion premature and warned council they could delay for only so long making tough decisions about transportation trade-offs.

“At the end of the day, this council will have to decide between supporting buses or supporting single-occupancy vehicles. You cannot do both. It’s not possible. That is the decision we all need to come to when the report comes back, and I know what side of the fence I fall on,” she said. “We’re kicking the B-Line down the road. Let’s face it. But I think this motion puts us in a much better place than a month ago.”

Coun. Bill Soprovich said it was good to “have a little bit of a break on it for a few months,” and that he hoped the delay would give the district enough time to come to a “sensible solution.”

“We talk about the B-Line like it’s some kind of magical creature. It’s a bus. And it goes from A to B. And in West Vancouver it only stops twice. Our buses go every day,” he said. “We’re well served.”

Coun. Craig Cameron noted the irony of West Vancouver demanding better transit for years and then shelving the first significant improvement on offer.

“I’m concerned about the message that sends to our neighbours – both people who come here and work in our businesses and those who rely on visitors,” he said. “West Vancouver is a welcoming and caring community and we’ve come across as somewhat parochial and not the way I think we truly are. We are inextricably part of the region. We can’t divorce ourselves from the region. We can’t see ourselves as an island.”

Booth said both the district and TransLink could have done a better job rolling out the B-Line consultation, but, she added, the municipality landed at the best possible outcome.

“This is the compromise. This is the common ground and this is what I was elected to pursue,” she said. “I always say better late than never and we ended up in a good place. That’s the most important thing.”

Meanwhile, TransLink is set to boost service on six North Shore bus routes, including the 250A, which runs from Horseshoe Bay along Marine Drive to downtown Vancouver. Starting May 26, Monday to Friday Service will run every seven to 10 minutes from 7 to 8 a.m. and six to 12 minutes from 5 to 6 p.m. The improvements are part of the TransLink mayors council vision, which included 285,000 more bus service hours per year. Other North Shore routes getting more frequent service include the 229, 236, 250, 257 and 258.