A Ron Thom-designed West Coast Modern masterpiece targeted for demolition may yet survive and get permanent heritage protection from District of West Vancouver council. The Forrest-Baker residence at 1143 Eyremont Dr.
Jan 14, 2020 3:55 PM By: Brent Richter 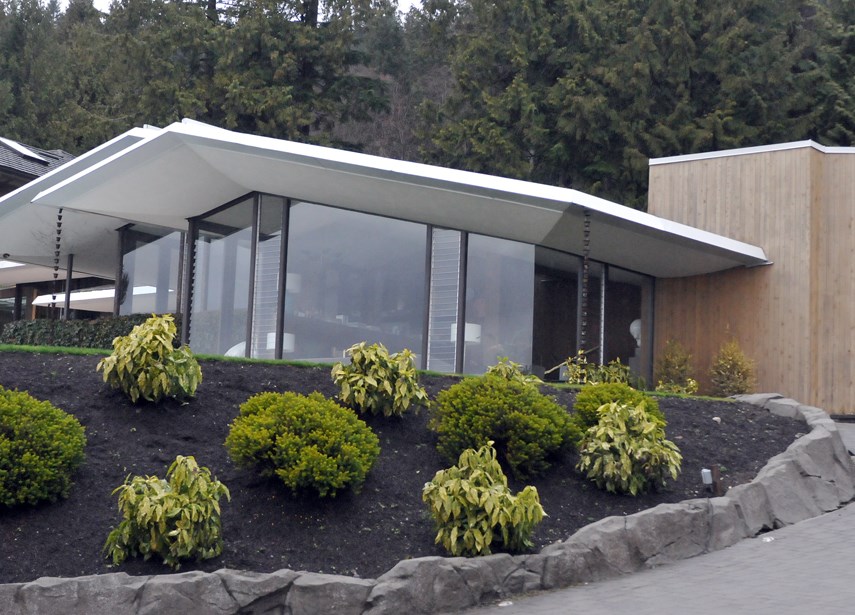 A Ron Thom-designed West Coast Modern masterpiece targeted for demolition may yet survive and get permanent heritage protection from District of West Vancouver council.

The Forrest-Baker residence at 1143 Eyremont Dr. won the 1964 Massey Medal for architectural excellence in Canada, but the current owner has plans to redevelop the site.

In hopes they could negotiate with the developer to keep the house, council put a 60-day temporary protection order on the property in November, halting the bulldozer until Jan. 16.

District staff have had some discussions with the developer since then, but when council met for their first meeting of the year on Monday, they passed an emergency motion from Coun. Peter Lambur to give the home a rarely-used official heritage designation and legal protection from any alterations. The motion passed unanimously but with almost no discussion.

“I just want to thank staff and everyone involved who helped make this happen on short notice,” Mayor Mary-Ann Booth said.

First reading of the bylaw automatically gives the home another 60-day stay of demolition, but before the heritage designation bylaw can be adopted, council must produce a report that spells out the home’s heritage qualities and its compatibility with the official community plan, and they must hold a public hearing. That hearing has been scheduled for March 9.

Kathleen Staples, founder of the non-profit Binning Heritage Society, had been lobbying council for action to save the home and welcomed the first reading of the bylaw.

Typically, councils only give a property a heritage designation if the owner agrees to it under a heritage revitalization agreement. That usually involves the municipality granting the owner a subdivision or extra density in exchange for permanent protection of a heritage home.

If council goes ahead with the designation after the public hearing, the municipality will be required to compensate the owner “if there is found to be a reduction in the market value of the property resulting from the heritage designation,” according to a district staff report. The law gives the owner one year to apply for the compensation after the bylaw has been adopted.

The Binning Heritage Society paid out of pocket to have two independent appraisals of the property done, which put the value of the property around $4.4 million, Staples said.

David Christopher, the owner’s agent, said he’s already made a proposal to District of West Vancouver staff and was caught off guard by council’s vote.

“We’re prepared to save the house,” he said. “I’m kind of shocked they put another 60-day hold on it. I don’t know if that’s ever been done before. That’s a total of 120 days. If they didn’t accomplish much in the first 60 days, I don’t know what they’re expecting to accomplish in the next 60 days. At this point, I’ve made a proposal to (staff) and I’m waiting to hear back.”