A 55-year-old West Vancouver man is facing two charges under the Wildlife Act, following an investigation into allegations that members of a North Shore family had been feeding bears in their backyard.
Jul 2, 2020 1:32 PM By: Jane Seyd 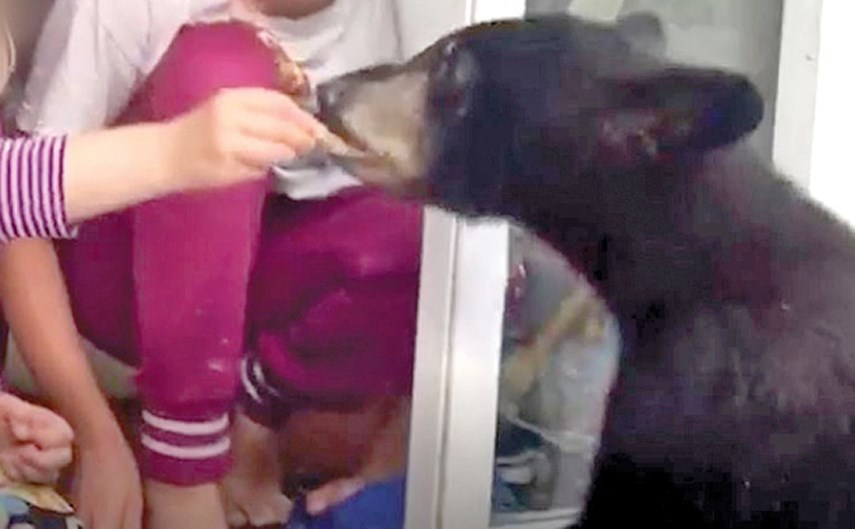 A 55-year-old West Vancouver man is facing two charges under the Wildlife Act, following an investigation into allegations that members of a North Shore family had been feeding bears in their backyard.

Vitali Shevchenko is accused of intentionally feeding or attempting to feed black bears and of placing an attractant that could attract dangerous wildlife in or near premises where there are likely to be people.

The charges, sworn recently in North Vancouver provincial court, come two years after videos posted on social media showed a family who appeared to be from the North Shore feeding a mother bear and her cub in their backyard.

The videos and photos posted on Instagram accounts of what appeared to be a West Vancouver family showed children hand-feeding a bear cub crackers and giggling when the cub took a swat at them.

The videos also showed a man feeding the sow a package of crackers from a sliding glass door. Several other posts appeared to show the mother and cub eating food that had been left out for them in the family's backyard.

"I'm such a little teddy bear," read one comment posted with the photos, after being run through a program to translate it to English. Other comments referred to a diet of "forest grass" not "being enough" food for the huge mother bear. "In this house, there is always something there," read another.

Conservation officers began investigating the incident after being tipped off to the posts by a phone call from the public.

A report stemming from that investigation was forwarded to prosecutors last summer.

At the time the social media posts went public two years ago, they prompted outrage among wildlife advocates, who expressed dismay that such actions could be putting both people and bears in danger.

Chris Doyle, deputy chief of the Conservation Officer Service, said Thursday the biggest concern in cases of feeding bears is "the serious risk to public safety as well as the safety of the bear. By feeding a bear or any wild animal you are food conditioning the animal and putting it in harm's way."

It also puts the person - and their neighbours - at risk, he said. "Once a bear has obtained a food source from a residence, it may not just return to that residence but it may look at all residences as an opportunity for food."

None of the charges have been proven in court and Shevchenko has not entered pleas.

His first court appearance is scheduled for later this month.