All three municipalities now have anticoagulant rodenticide bans in place on their properties and are moving forward with plans for alternative pest control methods
Nov 4, 2020 4:10 PM By: Elisia Seeber 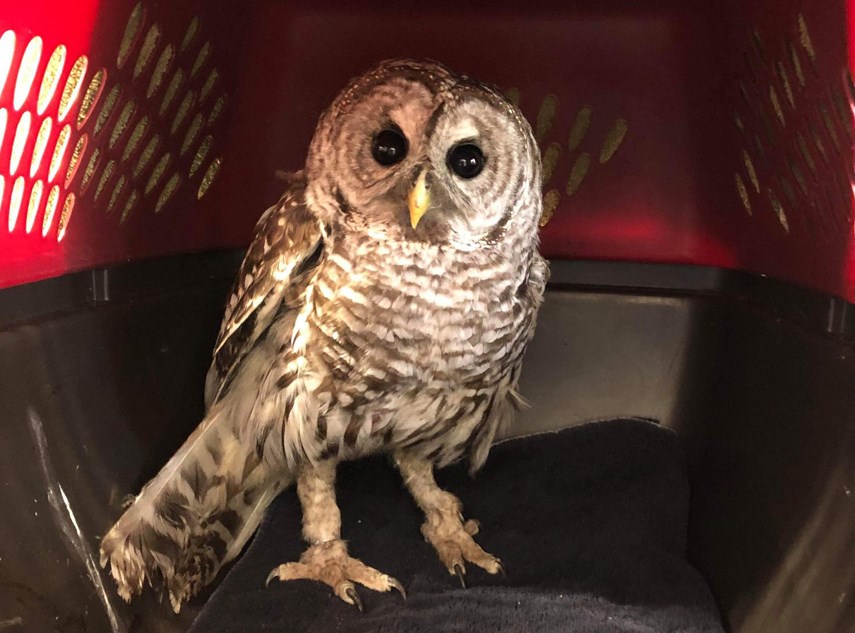 “This article has been amended to correct an inaccurate cost estimate that was earlier posted to the District of West Vancouver website.”

Owls and other critters on the North Shore will now be a little safer, with all three municipalities now having anticoagulant rodenticides bans in place at their properties.

District of West Vancouver council, last to jump on the bandwagon, formally banned the use of the rat poison on district-owned property at its Sep. 28 meeting, but requested a report to iron out the details of how the district should move forward with pest control. The report returned to council at the Nov. 2 general meeting and was strongly supported.

The call to ban anticoagulants, which cause rodents to slowly bleed out and die, has been heard provincewide, with more than a dozen other B.C. municipalities enacting similar bans. While rodenticides are the most used pesticides worldwide, they aren’t just harmful to rats. Any predator that eats poisoned prey will also become sick – mostly owls or other raptors who rely on rodents for food.

Councillors were in unison when it came to supporting staff’s recommendations, voting unanimously to discontinue the use of anticoagulant rodenticides on district-owned properties and to create a communications plan to educate the public about the dangers of rodenticides and to promote the use of alternative methods.

On top of this, Mayor Mary-Ann Booth has written to the provincial government to request a provincewide ban on the harmful poison.

The District of North Vancouver was the first of the North Shore municipalities to ban rodenticides back in June, followed by the City of North Vancouver, which stopped using them at its properties in September.

The district is currently looking at several mechanical alternatives to rodenticides for controlling rodent populations around its facilities. Although, it will cost more.

The report found that alternate pest removal methods could cost the municipality between 25 to 50 per cent more annually, which is currently approximately $25,000.

The report says a request for this amount will be included in the 2021 proposed budget.

At Monday's meeting, Coun. Bill Soprovich supported moving forward with the plan, simply saying it “was the right thing to do.”

“I think it's a testament to the fact that people in our community really care about our natural environment, a lot, and this is definitely the right thing to do,” she said.

Agreeing with his fellow council members, Coun. Marcus Wong said it was “the first step, of many steps, to making sure that we can continue to be the community that we're incredibly proud of.”

Currently, the province regulates rodenticides, and North Shore municipalities can only control their use on their own property, not within the community at large.

All three municipalities are on the same page on the issue and are each calling for a provincewide ban.

North Vancouver resident and animal activist Yasmin Abidi, who has been campaigning for an outright ban on the poisons since she had a hand in saving a young barred owl that had been twice poisoned in the Mackay Creek area, said she was pleased all three municipalities were now aligned, but there was still work to be done.

“It’s great. This is something I’ve been working on since I found Lucky April 30 and started petitioning for a ban on rodenticides, so it’s really nice to see the municipal governments coming together to make it happen.

“It is not only here on the North Shore but other communities in B.C. have also jumped on the bandwagon which is really good to see.”

She said while municipalities were taking positive steps forward, but it was frustrating the Provincial government hadn’t yet followed suit.

“The municipalities can only do so much, and it takes time,” she said.

“I’m still petitioning for a provincial ban, so that’s where my focus is.

“Given all the other things that are going on in the world it’s hard to keep this issue vital, but there are a number people who are still working on it.”

Her online petition has now reached more than 11,000 signatures.