'We can do better': District of North Van rejects Delbrook affordable housing project

In one of its first major decisions, the new District of North Vancouver council has shot down a below-market housing project that had been in the works for more than two years.
Nov 19, 2018 11:32 PM By: Brent Richter 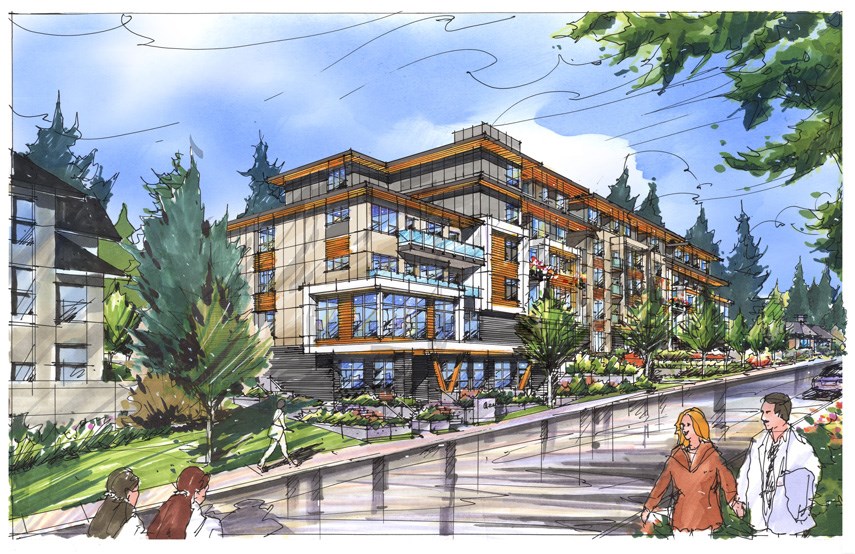 In one of its first major decisions, the new District of North Vancouver council has shot down a below-market housing project that had been in the works for more than two years.

Council voted 5-2 Monday night to defeat 80 units of below-market rentals and a seniors’ respite centre in a six-storey building on the parking lot of the former Delbrook Recreation Centre.

Under the agreement with the non-profit Catalyst Community Developments Society, the district would offer up the land and wave its usual charges and fees for development – about $9 million in total. Catalyst was to cover the capital costs and offer the 16 studios, 41 one-bedroom, 15 two-bedroom, and eight three-bedroom units for $1,000 to $1,660 a month – about 20 per cent below the market rates.

Coun. Jordan Back urged his fellow council members to vote in favour, reminding them that everyone at the council table had campaigned on the need to create affordability.

“If we are serious in our desire to create more rental housing in the midst of a housing crisis, I would urge my fellow councillors to move this project forward and not use it as some sort of political hot potato. It will provide housing to those who need it the most, respite care to our seniors and caregivers who need it the most, and it’s going to do so without displacing a single resident,” he said.

For the majority on council, though, the project had too many flaws to proceed. Among them, the height and density, feared parking and traffic impacts on the neighbourhood, and the wrong unit mix with too many suites targeted for singles and not enough for families. Couns. Jim Hanson, Lisa Muri, Betty Forbes, Megan Curren and Mayor Mike Little voted against the project, sending it down to defeat.

“Obviously I support this with the goals of affordable housing. Obviously I support the goals of respite care, but I am voting against this proposal because we can do better,” Hanson said. “The local community has serious concerns about design, about the impact of this structure on their community, and, frankly, from my point of view, those concerns were never integrated into our analysis. We need to find win-wins.”

For Curren, it was the fact the project wouldn’t do enough to address climate change.

Coun. Betty Forbes said she supported the seniors respite facility but added she shared the concerns brought up in the process.

“I am all in favour of affordable housing,” she said. “I also ran on a campaign on looking at the full spectrum of housing and I don’t think that this council has really had a chance to look at the full spectrum and see what is in the process, what is coming down the tubes at us.”

Muri said the process that led to Monday night’s vote lacked integrity. She also questioned Catalyst’s untested non-profit housing model and raised the worry that future residents in the building would find themselves pushed out if their family income rose above the eligibility threshold set by the non-profit.

Seeing the vote going down to defeat, dissenting Coun. Mathew Bond reminded the rest of council what they could be sacrificing in the name of protecting the status quo.

“I would like to say that 80 good affordable rental homes is better than zero perfect ones,” he said.

Mayor Mike Little noted the difficulty of voting on a project that was shepherded through the process by the previous council, including two public hearings.

“My preference in this situation would be we open up an additional hearing night somewhere down the road, allow this council to actually talk about the issue in the community again,” he said. “I think we do have to go through and gently go back to the community associations and the neighbours and try to find out if there are ways we could change the project to make it more appetizing to the immediate community around.”

Following the vote that scuttled the project, Little asked if there were any followup motions from council, but district clerk James Gordon quickly pointed out no further motions are allowed.

District staff are expected to meet with Catalyst to determine next steps.