Editor's note: This story has been updated since it was first posted to correct an error in the reason why the District of West Vancouver denied a permit to cut the trees..
Oct 24, 2017 4:29 PM By: Jane Seyd 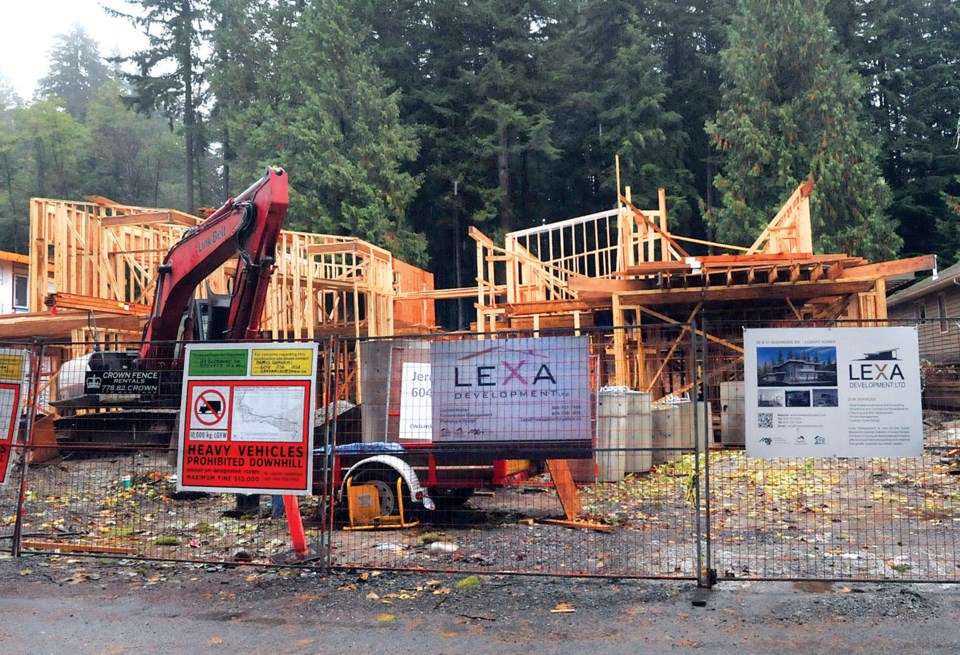 Editor's note: This story has been updated since it was first posted to correct an error in the reason why the District of West Vancouver denied a permit to cut the trees..

The District of West Vancouver is considering options for handing out a hefty fine after two maple trees were chopped down on public land shortly after the builder of homes on an adjacent lot was denied a municipal permit to do that.

Jeff McDonald, spokesman for the district, called the tree-cutting one of the more “egregious examples” of people flouting local bylaws. “It took place in broad daylight on a weekday,” he said.

“There are violations of bylaws that take place from time to time. Usually it’s a bit more clandestine than this.”

The two Norway maple trees – both about 14 metres (42 feet) tall, one with a diameter of about 60 centimetres (2 feet) across – were cut next to a recently subdivided lot at 29 Glenmore Dr. in West Vancouver, where two new homes are under construction.

The owner of the property – listed as Lexa Development of North Vancouver – had recently applied to the municipality for permission to remove the trees. But that permit was denied by the district, after staff determined the trees were healthy and the existing access was sufficient.

McDonald said district staff were called on Tuesday by residents reporting that the trees on the public boulevard were being cut down. But by the time enforcement staff arrived, the trees had already been axed.

McDonald said some of the neighbours aren’t happy.

The tree-cutting this week up in the British Properties is similar to another incident involving axing of public trees that happened earlier this summer in West Vancouver’s Bayridge neighbourhood.

In that case, months after a neighbour on Southridge Drive was denied a permit to limb public trees to create views of the ocean, a vigilante arborist took matters into his own hands and chopped the trees anyway, taking out branches in the middle sections of four 30-metre fir trees.

The municipality eventually fined the owner of the tree-cutting company $1,000 for that.

While neighbours are often dismayed at the small fines handed out for breaking the rules, McDonald said to fine vigilante tree-cutters over $10,000 would require a change to provincial legislation.

Tree cutting of all types has long been a touchy issue in West Vancouver.

Last year a survey showed West Vancouver residents were deeply divided on the issue of tree-cutting regulations for private property.

A task force was struck to study the issue after an interim plan to restrict cutting of large trees without an arborist’s approval showed half of West Van’s citizens were in favour of more regulation while half were strongly against it. Residents on the western side of the municipality were far more likely to oppose any regulation on tree cutting at all, while Ambleside and Dundarave homeowners were more likely to favour new rules.

McDonald said recommendations from the task force will be presented to the community in a series of meetings, beginning Nov. 9.