More than two years have passed since the last time voters in British Columbia participated in a municipal election.
Nov 19, 2020 6:00 AM By: Mario Canseco 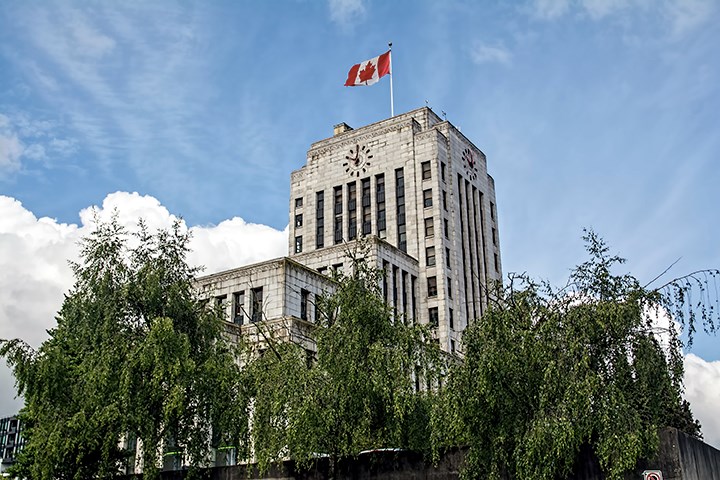 More than two years have passed since the last time voters in British Columbia participated in a municipal election. The victories of some high-profile candidates in last month’s provincial ballot will force by-elections at later dates, but the City of Vancouver stands to retain its elected politicians until 2022.

Over the past 14 months, Vancouverites have participated in two democratic processes at other levels. In 2019, the federal Liberal Party received 33% of the vote in the city and secured three of the six seats at stake. The federal New Democratic Party (NDP) got 29% of the vote and two seats, followed by the Conservative Party with 22% and no elected candidates. The remaining seat went to independent Jody Wilson-Raybould.

Just last month, the BC NDP secured 9 of Vancouver’s 11 seats in the provincial election with 54% of the vote, with the BC Liberals winning the remaining two seats with 30% of all cast ballots. Federal and provincial elections are conducted under the first-past-the-post system, so popular incumbents can thrive in their constituencies even if their parties do poorly at the citywide level.

It is difficult to know whether the same phenomenon would be observed if councillors were compelled to run in specific areas of the city. In our “exit poll” conducted after the 2018 municipal election, 52% of voters in the City of Vancouver agreed with the notion of abandoning the at-large system (where voters select 10 councillors) and move to a ward system (where councillors can be elected in specific constituencies).

When Research Co. and Glacier Media re-asked likely voters the question in Vancouver this month, support for moving to a ward system for municipal elections stayed at 52%. Majorities of voters who in 2018 supported incumbent mayor Kennedy Stewart (58%), Non-Partisan Association (NPA) candidate Ken Sim (56%) and independent candidate Shauna Sylvester (52%) believe the time for wards has arrived.

This is not the only modification to the electoral process that likely voters in Vancouver would welcome. As was the case two years ago, we continue to see an appetite for a more select list of candidates that would provide real contenders and fewer pretenders for all public offices in the city.

Three in five likely voters in Vancouver (60%) want the number of signatures required for a candidate’s nomination to be raised from 25 to 100, and more than half (55%) want individual contenders to pay a $500 deposit – up from $100 in 2018 – in order to run for office. Perhaps this would put an end to confused media outlets introducing individuals who received less than 1% of the vote in an election as “former mayoral candidates.”

Support for exploring the idea of amalgamating all of the municipalities in Metro Vancouver, like they did in Toronto or Montreal, is up significantly, from 34% in 2018 to 46% this month.

In a city that has continued to endure a housing crisis, 53% of likely voters in Vancouver agree with changing zoning laws to allow property owners to build up to six strata title units on a standard lot, provided the new building is no taller than an average home. Certain groups are more welcoming of this change, including women (55%) and likely voters aged 18 to 34 (61%). Support for this new regulation reaches 50% among homeowners and 56% among renters. In addition, the proportion of Stewart and Sim voters who like this idea is identical (56% each).

The past two years have seen plenty of discussions about the decisions of the Board of Parks and Recreation, whether in connection to the encampments at Oppenheimer Park and Strathcona Park, or to bike paths in and around Stanley Park. Social media has served as a platform for backers of the idea that the City of Vancouver should simply eliminate the Board of Parks and Recreation, and place public parks and the public recreation system under the jurisdiction of city council.

When we asked likely voters in Vancouver about the notion of eliminating the Parks Board, the numbers are not particularly conclusive. We found that almost half of respondents (48%) disagree with this idea, while 44% are in favour of it.

Doing away with the Parks Board is a more popular proposition for likely voters who supported Sim in the last mayoral election (57%), men (54%), those aged 55 and over (52%) and those who reside downtown (51%).

Finally, extending the SkyTrain Millennium Line (currently under construction to Arbutus) to the University of British Columbia campus at Point Grey is backed by more than four in five likely voters (81%). No area of the city is opposed to this project, and on the West Side, where residents will likely be inconvenienced if construction is authorized, it stands at 78%.

Results are based on an online study conducted from November 9 to November 12, 2020, among 400 municipal likely voters in the City of Vancouver. The data has been statistically weighted according to Canadian census figures for age, gender and region in the City of Vancouver. The margin of error, which measures sample variability, is plus or minus 4.9 percentage points, 19 times out of 20.