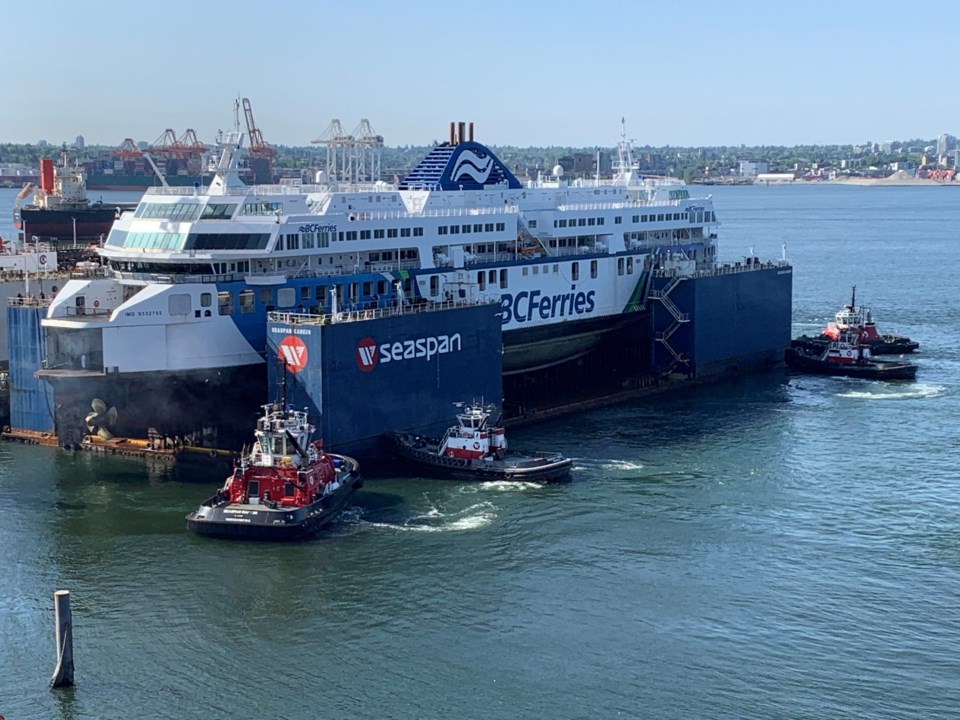 A small diesel spill from a Seaspan tug working near North Vancouver's Burrard Pier sent between 60 and 80 litres of fuel into Burrard Inlet Monday evening.

The spill happened around 6 p.m. after a diesel fuel tank on the tugboat overflowed, resulting in a small amount of fuel spilling on to the deck of the vessel and into the water near Vancouver Dry Dock, according to Seaspan.

Absorbent pads were used to mop up oil on the deck of the tug, but oil in the water quickly dissipated.

Both the Coast Guard and Western Canada Marine Response were notified of the incident.

Western Canada Marine Response attended the scene and was later stood down.