A lawsuit pitting the Tsleil-Waututh Nation against the National Energy Board, Trans Mountain and the federal government is being put on hold so the feds and First Nation can meet face to face for the first time on the matter.
Jan 24, 2016 12:00 AM By: Brent Richter 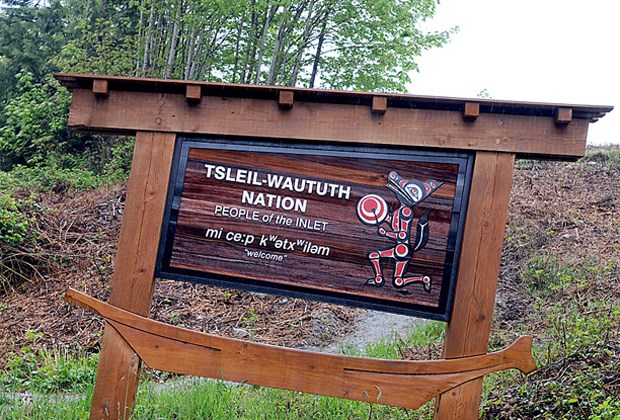 A lawsuit pitting the Tsleil-Waututh Nation against the National Energy Board, Trans Mountain and the federal government is being put on hold so the feds and First Nation can meet face to face for the first time on the matter.

The lawsuit, filed by the Tsleil-Waututh, alleges Crown failed to meet its duty to consult the First Nation over the Trans Mountain pipeline proposal’s review process. The federal government sought and won a three-month adjournment of the case Friday with the blessing of Tsleil-Waututh, in hopes it will put the two sides on the path to reconciliation.

“The government’s pledge to engage us on a nation-to-nation basis is heartening. We have been asking for this for a very long time,” said Tsleil-Waututh Chief Maureen Thomas in a statement following the adjournment. “I look forward to sitting down in good faith with the Crown.”

In Federal Court on Friday morning, government lawyer Peter Southey said he was acting on instructions from Attorney General Jody Wilson-Raybould, taking direction from the mandate letter she received from Prime Minister Justin Trudeau upon accepting the post.

That mandate included “reviewing any existing litigation between the Crown and First Nations.”

“This should include early decisions to end appeals or positions that are not consistent with our commitments, the Charter or our values,” Trudeau wrote in the letter.

The Attorney General’s office has until April 22 to decide whether it will amend, pursue or drop its position in the case.

What this will mean for the ongoing NEB process, which is currently receiving final arguments from intervenors and is scheduled to end in late May with a recommendation from the board either to approve or reject the pipeline, is not yet clear.

“That’s something the courts identified as a problem,” said Eugene Kung, lawyer for the nation’s Sacred Trust Initiative. “I think it is an important disconnect to see the federal government on one hand asking the court to stop this process while moving ahead with the other process.”

The pipeline review ought to be more along the lines the one the Tsleil-Waututh Nation conducted themselves, council member Charlene Aleck said, referencing several thousand pages of expert assessment that approaches the proposal from a much wider perspective including potential climate impacts and shipping risks.

“They’ve got some speedbumps ahead of them,” Aleck said.

Earlier in the week, Tsleil-Waututh, Squamish and Musqueam nations released a joint statement appealing directly to the Trudeau government to “honour its commitment to implement the UN Declaration on the Rights of Indigenous Peoples and forge a new nation-to-nation relationship with Musqueam, Squamish and Tsleil-Waututh by rejecting the project.”