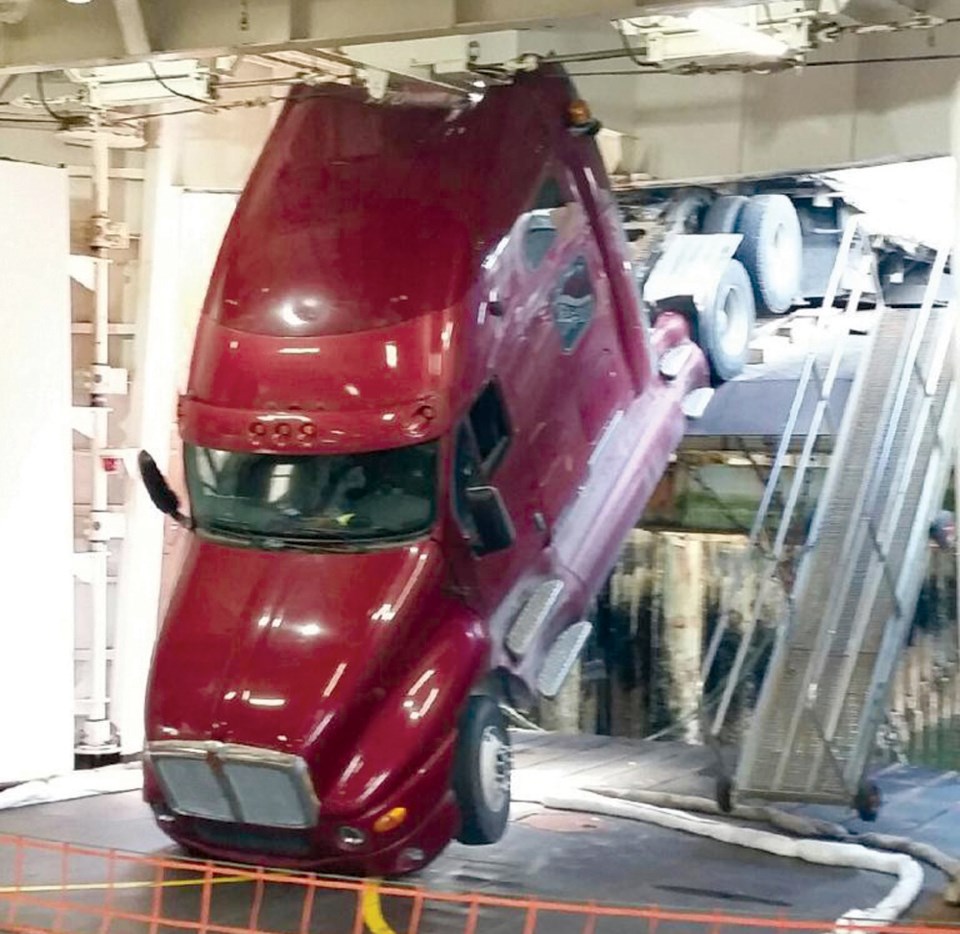 A truck that got stuck trying to load on to the first ferry of morning at the Horseshoe Bay ferry terminal Sunday resulted in six cancelled sailings and long lineups for travellers heading to both Vancouver Island and the Sunshine Coast from West Vancouver.

The truck pulling a large trailer of hay became wedged on the loading ramp while trying to drive on to the 6:20 Queen of Oak Bay ferry to Nanaimo, said Deborah Marshall, spokeswoman for B.C. Ferries.

Marshall said extreme tides on Sunday changed the angle of the loading ramp and made it more difficult to judge the clearance needed.

Crews believed the hay trailer would have enough room to clear, she said.

Turns out they were wrong.

The only solution was to wait about 12 hours - until after 7 p.m. - when high tide changed the angle of the ramp sufficiently to have the truck towed back off the loading ramp.

The struck truck resulted in four sailings on the Nanaimo route and two sailings between West Vancouver and the Sunshine Coast being cancelled as B.C. Ferries had to bring in a substitute ferry to replace the Queen of Oak Bay.

When the truck got struck, unable to either back off or drive forward, there were already 15 cars on board the vessel, said Marshall. Crews got 10 of those off before deciding the angle of the loading ramp made getting the remaining five cars off too dangerous. Two of those customers took B.C. Ferries up on its offer to deliver their vehicles to Nanaimo later that evening. Three others received free taxi rides to other destinations in the Lower Mainland and returned to pick up their vehicles in Horseshoe Bay Sunday evening.

Marshall said the incident is “extremely rare,” adding crews will be doing a full debriefing on how and why the truck got stuck to avoid similar situations in the future.