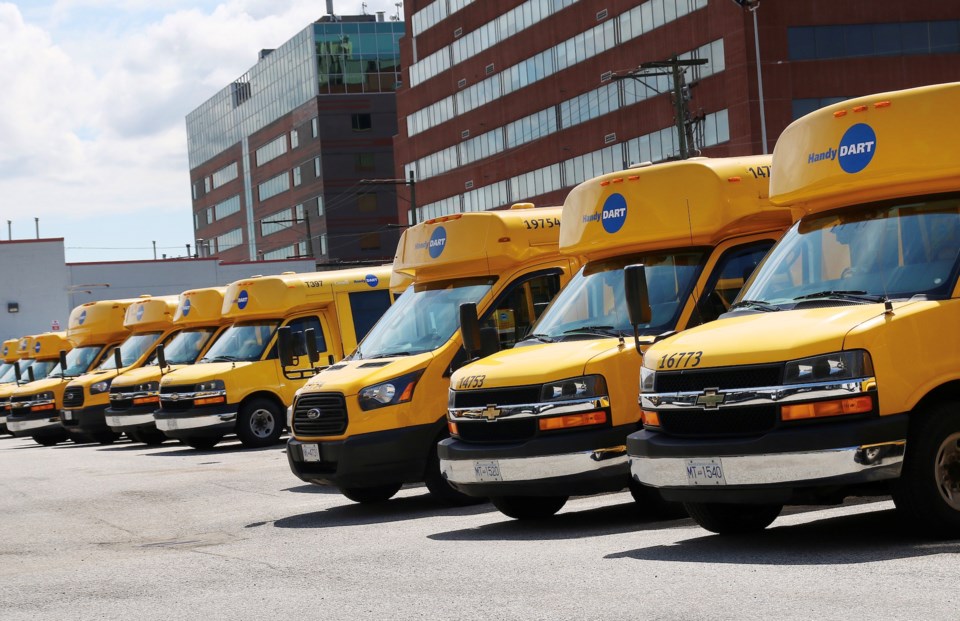 The TransLink board on June 17 approved some changes to make the transit operator's HandyDART service in the Lower Mainland more accessible, while making it cheaper to use for some.

The changes that take effect October 1 mean that HandyDART customers, who are physically challenged or are otherwise unable to use regular TransLink buses, will be able to use the system's Compass cards. Those cards make payments easy, and come with features such as reduced fares for those who keep credit on the cards as stored value.

The current system is that HandyDART users must either pay cash, or use fare tickets or paper monthly passes, user advocate and HandyDART User's Advisory Committee chair Tim Louis told BIV on June 17.

Compass card customers, in contrast, may buy monthly passes and have them accessible on the cards, which users tap onto a reader when boarding.

The new system will also provide new age-based discounts. Those aged between 19 and 64 years, who travel one zone, will have to pay $2.45 per trip, whereas those aged between 13 and 18 years, or are older than 65 years, will pay $2 per trip.

Louis said he is also happy that TransLink has shelved a proposal that would require those registering to be eligible to use the HandyDART system to go in person to an occupational therapist hired by TransLink.

The current system requires potential HandyDART users to have their family doctor, or other general practitioner, to sign a form. They also have to fill out a relatively simple form, Louis said.

The proposal to have the people have to also go to an occupational therapist to prove that they have mobility problems would be an undue burden, he said.

The plan now is that these people have the choice of either going to the occupational therapist, or to fill out a more complex form at their doctors'  offices, he said.

"I tip my hat to TransLink, to their senior management and in particular [director of system planning] Sarah Ross," Louis said. "They not only listened, but they heard the disability community loud and clear."

The HandyDART service makes about 5,000 trips per day in the Lower Mainland, and there are about 20,000 registered users.

BC Transit operates HandyDART outside the Lower Mainland and the changes are not set to be in effect there.