All four coronavirus deaths in Canada have been residents of North Vancouver care facility
Mar 16, 2020 12:42 PM By: Jane Seyd 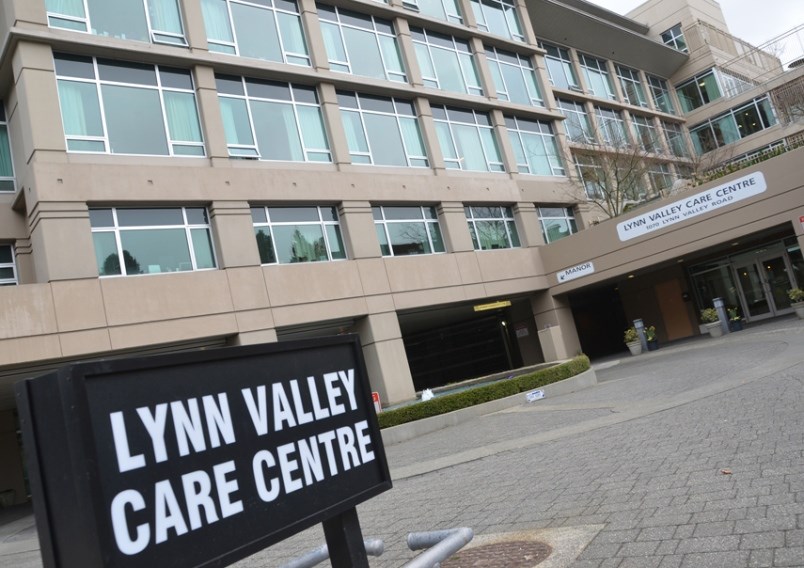 There have been three more deaths among residents at the Lynn Valley Care Home in North Vancouver from COVID-19, health authorities announced Monday. That brings the total to four deaths in Canada from the novel coronavirus, all of them at the North Vancouver care facility. photo Ben Bengtson, North Shore News

There have been three more deaths among residents at the Lynn Valley Care Centre in North Vancouver from COVID-19, bringing the total to four deaths in Canada from the novel coronavirus, all of them at the North Vancouver care facility.

Dr. Bonnie Henry, the province’s chief medical health officer, made the announcement at a press conference on Monday.

There were no immediate details available about the ages of those who died or whether they had underlying medical conditions.

“It has been a challenging weekend and a weekend of change,” said Henry. “The situation is escalating around us.”

The province has recorded 30 more cases of COVID-19 since Saturday, bringing the total to 103 in B.C. Six people are in hospital with coronavirus.

The remainder are in stable condition at home, said Henry.

She said at this point not everyone with mild symptoms needs to be tested for the virus. Most people can self-isolate and manage their symptoms at home, she said.

On Saturday, Henry announced 12 staff members at the Lynn Valley care facility have tested positive for COVID-19, along with an additional staff member and a resident at Hollyburn House care facility in West Vancouver.

Henry previously announced there have also been three cases among administrative staff at Lions Gate Hospital, who are now isolating at home.

On Monday, Henry announced new measures that will be put in place at hospitals in anticipation of needing more acute-care bed space as the coronavirus spreads.

Lions Gate Hospital has put on a heightened “phase three outbreak response” because of the cases identified among staff at the hospital.

The province has also directed all hospitals to postpone all non-urgent surgeries, said Health Minister Adrian Dix, which will result in thousands of cancellations, in order to free up hospital beds.

Long-term care facilities are now being restricted to essential visitors only.

Pharmacists have also been authorized to refill regular prescriptions without a doctor’s prescription renewal.

Henry and Dix said health authorities are still consulting education stakeholders about whether to extend school closures beyond the regular two-week spring break that lasts until the end of March and expect to make an announcement soon.

The news comes after parents at Irwin Park Elementary School in West Vancouver were informed Sunday night by school and health authorities that there has been a student or staff member at the school who has tested positive for the coronavirus.

That move comes after the District of West Vancouver closed down most of its recreation facilities to the public over the weekend and Capilano University announced it is suspending classes. Parkgate Community Centre in North Vancouver also announced the suspension of many of its programs, including spring break camps for children and child care.

Cypress Ski Resort in West Vancouver has also closed in response to the coronavirus, although Grouse and Seymour ski hills remained open on Monday.

Prime Minister Justin Trudeau announced Monday Canada would be closing its borders to all foreigners and denying entry to anyone who is not a Canadian citizen or permanent resident, with the exception of United States citizens.

Dix said he’s urging Trudeau to take those measures a step further and close the border with Washington State to all non-essential travel. Washington has been the centre of an outbreak in the U.S.

Currently U.S. citizens can still cross the border into Canada although they are being asked to “self-isolate” for 14 days when they do so.

“We remain concerned that access for visitors from the United States continues to be allowed,” said Dix, adding the message from British Columbia to Americans right now is “don’t come. At this moment it is the wrong thing to do.”