A long-distance swimmer from North Vancouver had a very close encounter with a pod of orca whales off West Vancouver’s Batchelor Bay Sunday morning.
Aug 10, 2020 3:10 PM By: Jane Seyd 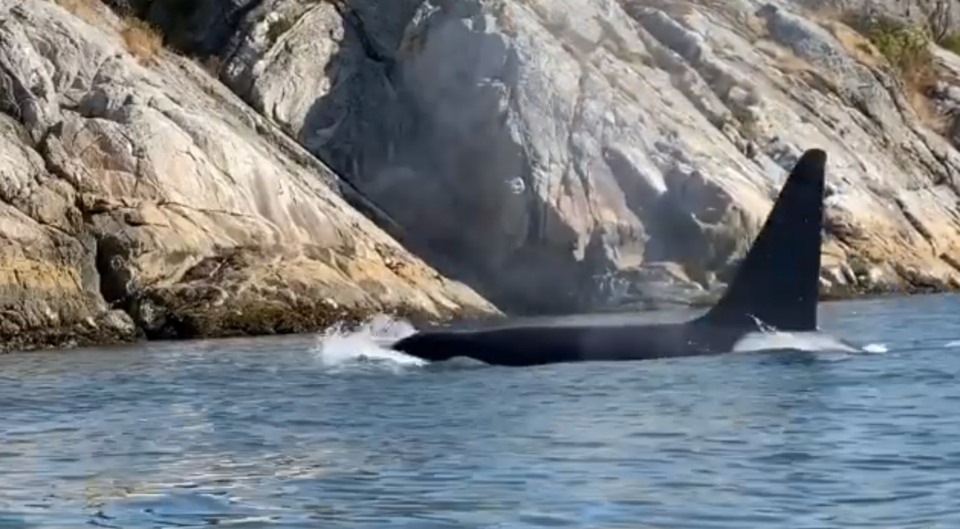 A long-distance swimmer from North Vancouver had a very close encounter with a pod of orca whales off West Vancouver’s Batchelor Bay Sunday morning.

Debbie Collingwood, who is training for a swim across the English Channel, and her friend Meyrick Jones, who was accompanying her in a kayak, were just returning from over two hours in the ocean when they spotted the pod of three or four whales in the bay off Whytecliff Park.

“We came around the corner and I heard him say ‘whales’,” said Collingwood. “I realized pretty quickly I was directly in their path.”

When he first spotted the whales, Jones said his first thought was, “Oh wow, orcas. Amazing!”

It was only when the pod started swimming directly towards them that a note of concern entered.

Collingwood swam over to Jones’ kayak and hung on to it, tucking her legs up as close to it as possible.

“I was scared,” she admits. “I’m an avid hiker and outdoors person. I have a healthy respect for wildlife which includes a healthy fear of wildlife.”

Jones said the largest whale came up right beside them while the other whales dove and appeared to go underneath them, coming up on the other side of the kayak.

“I’m out on the water a lot. I know they don’t typically attack,” he said. “We weren’t really worried. At the same time, you want to be respectful.”

Collingwood and Jones weren’t sure if there were three or four orcas in the pod. At least two of the whales appeared to be smaller, younger animals, said Jones.

The whales didn’t take a lot of interest in the kayak or the swimmer and soon headed out into Howe Sound, he added.

Once she realized the whales weren’t terribly interested in their group, Collingwood said she felt awed by the whales and lucky to have been so close to them.

“I think I am incredibly lucky to have had that experience. I grew up on the North Shore. One of the things I love about it is the nature, whether it's in the mountains or the ocean, I think it just gives me an even greater respect for where we live and a greater respect for who we share space with, both human and animals.”

Collingwood said with pools closed, she’s been doing a lot more training in the open water this summer.

But Sunday’s close encounter with the pod of orcas won’t put her off ocean swimming, she said.

Most of the time, she’s more likely to encounter curious seals than whales, she said.

But “I always assumed (whales are) out there,” she said.

Collingwood has set her sights on swimming the English Channel – a feat she had planned for this summer, but which has since been scuttled by COVID-19 restrictions. Collingwood is now set to try in 2022.