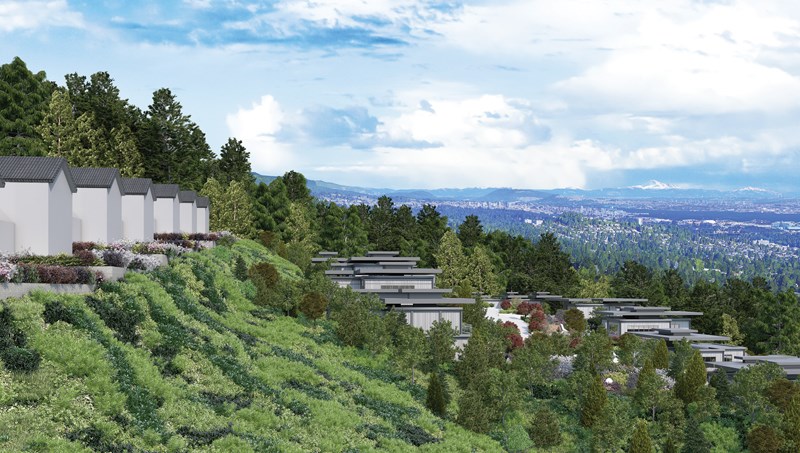 Collingwood School may be getting 29 new neighbours.

In its last meeting before the August break, West Vancouver council advanced an application for a 29-lot subdivision on Wentworth Avenue – despite traffic concerns voiced by some councillors and neighbours. District staff are expected to review the technical requirements of the subdivision over the next few months.

“The traffic up that street is only going to increase,” said Coun. Christine Cassidy, who noted a proliferation of neighbouring developments.

With an average of two cars at each house, Cassidy envisioned 58 new cars jockeying for roadway alongside parents picking up and dropping off their children at Collingwood.

“Traffic is going to get substantially worse north-south, never mind east-west,” she said.

Coun. Craig Cameron pinpointed traffic challenges with Collingwood, which he dubbed: “the classic 10-pound load in a five-pound bag.”

Cameron also expressed concerns that the development is comprised of single-family homes between approximately 3,500 and 5,000 square feet.

“We’re not meeting our housing diversity goals with this development at all,” he said, discussing the issue with district community planner James Allan.

“You just had no appetite for rezoning?” he asked.

The area’s traffic is caused by Collingwood students who sleep while the morning bus rolls by before being driven to school by their parents, according to Coun. Mary-Ann Booth.

Rather than extra infrastructure, children need to wake up “slightly earlier” and catch the bus, which is paid for by student fees.

Booth suggested it could be a condition of attending Collingwood, “That you have to put your children on the bus.”

School trips draw about 280 cars to the area on a daily basis, according to Audrey Dong, development co-ordinator for Evervan.

The busiest times at the subdivision will likely be between 4:30 and 5:30 p.m., which shouldn’t overlap with school traffic, she suggested.

The development proposal includes a right-hand turn lane from Chairlift Road onto Wentworth Avenue, which is expected to reduce queuing by 14 cars on an average day, according to Gregory.

Approving the subdivision would likely result in a two per cent increase in morning traffic and three per cent in the afternoon, according to a district staff report.

In discussing the history of the area, Coun. Bill Soprovich noted that long lineups go back decades.

“The traffic problem is not going to be created by this subdivision.”

Including road allowance at 25th Street, the development covers 3.97 hectares, or 428,295 square feet.

The site is bounded by big single-family properties to the north and south, Marr Creek to the east and Collingwood to the west.

The development would also include a park dedication of more than 48,000 square feet overlapping with the riparian area along Marr Creek.

However, Coun. Peter Lambur questioned whether the district would be better served by a cash contribution, noting the riparian area can’t be developed.

“The argument could be made the district doesn’t need to own it to protect the environmental resource,” he said.

Coun. Nora Gambioli did not attend the meeting.

This article has been amended. District staff, not council, are expected to review the application in the coming months.