Pressure from the Squamish Nation chiefs and council has led Woodfibre LNG to change its planned cooling system for its plant on Howe Sound.
Oct 25, 2016 4:25 PM By: Jennifer Thuncher 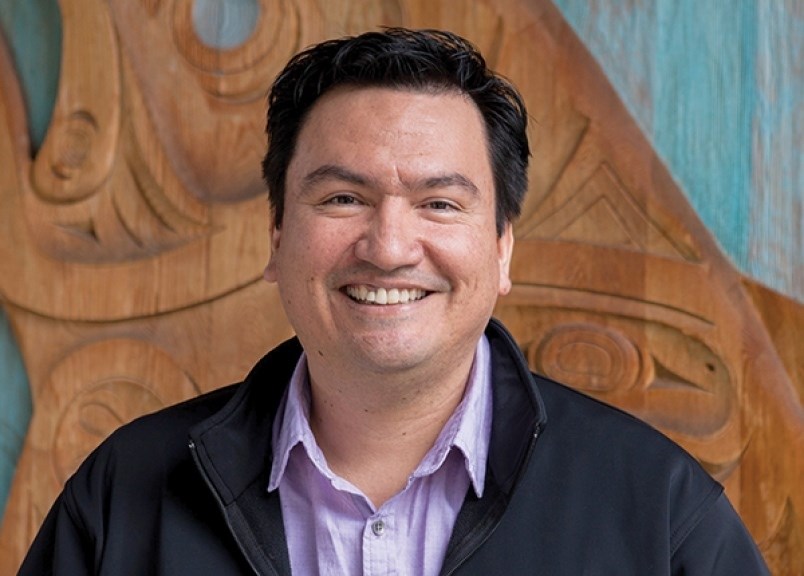 Pressure from the Squamish Nation chiefs and council has led Woodfibre LNG to change its planned cooling system for its plant on Howe Sound.

Squamish Nation Chief Ian Campbell confirmed to The Squamish Chief that Woodfibre LNG has switched plans for its liquefied natural gas export facility from a seawater-cooling system to an air-cooling system.

Byng Giraud, vice-president of Woodfibre, said the company’s respect for the Nation is at the heart of the change.

The Squamish chiefs and council approved the air-cooling option after earlier rejecting the seawater cooling option as harmful to fish and marine habitat, Campbell said.

Liquefaction of natural gas creates heat, which can be removed by either seawater-cooling or air-cooling.

Local governments and environmentalists have strongly opposed the seawater system since first proposed for several reasons: that it would heat the ocean water around the underwater system; small fish could get caught in the pipes; and concern that chlorine used in the process would impact sea life.

The Squamish Nation set out 25 conditions in October 2015 on which their approval of the liquefied natural gas export facility was based. Dealing with concerns over seawater-cooling was one such condition.

“Through our independent Squamish Nation process, we directed Woodfibre LNG to take a second look. As we have repeatedly said, the project will simply not get built unless valuable land and marine environments are protected,” continued Campbell.

Giraud said the air-cooling system, which simply stated works like a radiator, would be a fundamentally closed loop system. In previous presentations Woodfibre LNG has said air-cooling was expensive and less energy efficient.

The air-cooling system will cost the company more, Giraud said.

“There’s a production loss that results from this decision,” he said. “But we accept that… It is something we think we can overcome.”

The cooling decision is a condition that Woodfibre is legally bound to comply with, according to Campbell.

“The Nation has strong legal remedies such as going to court and revoking the Environmental Certificate,” he said. “This is an important step in the process. But by no means should it be interpreted as a done deal.”

“Great news, that Woodfibre LNG is choosing to turn their backs on the damaging seawater-cooling idea,” he said Friday.

Buchanan, who has done herring surveys in Howe Sound for more than seven years, sent his records to Squamish Nation chiefs and council when the Nation was deliberating on the project.

“Personally, seven years of freezing… in the field conducting herring surveys is totally worth it,” he added.

“I think it is a fantastic success story for the herring, but we still have all of the other issues that are associated with this project like the safety concerns, and the air pollution and all of the issues we have raised throughout are still there.”