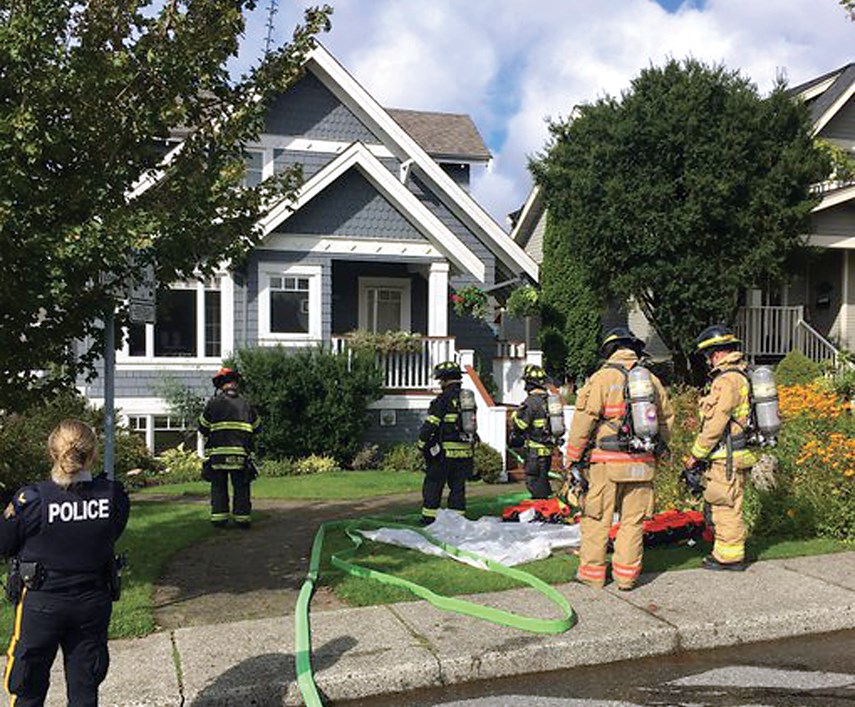 A Canada Post employee on his route noticed smoke and water coming from inside the house on the 1500 block of Ridgeway Avenue and called 911.

When crews arrived, the smoke detectors could be heard but there wasn’t much to see from the outside.

“The reason for that was it was a newer build house and it had sprinklers,” said assistant chief Greg Schalk. “Essentially at that point in time, the fire was out.”

The residents were not home at the time. They will receive temporary accommodations from Emergency Social Services, Schalk said, but they will have to look to their insurers for something over the longer term.

“They’ll be out for a while. Obviously, they’re going to have to get a restoration company in to start managing the fallout,” he said.

“In the end, the majority of the damage was caused by the water, not the fire. But [the sprinkler] probably saved the house.

“They seemed grateful and understood the fact that if there weren’t sprinklers in the house, the story would have been completely different.”

There is no requirement for sprinklers in single-family homes, but Schalk said he recommends them for any new build.

The exact cause of the fire hasn’t been determined yet but investigators feel they have it narrowed down, Schalk said.

“It definitely started in the laundry room and it looked like it had something to do with either the washer or the dryer,” he said.